Michael Boulware Moore grew up listening to his grandmother’s story about a 23-year-old enslaved man named Robert Smalls, who seized a Confederate ship in the Charleston harbour during the US Civil War and sailed to freedom. He rescued other enslaved people, including his young family. Later, he became a statesman, serving five non-consecutive terms in the US House of Representatives.

This war hero-cum-politician was Moore’s great-great-grandfather.

So when Moore was hired in 2016 as the founding CEO of the widely heralded International African American Museum (slated to open in Charleston, South Carolina, in January 2023), he felt especially connected to its mission to honour the stories of African American journey. 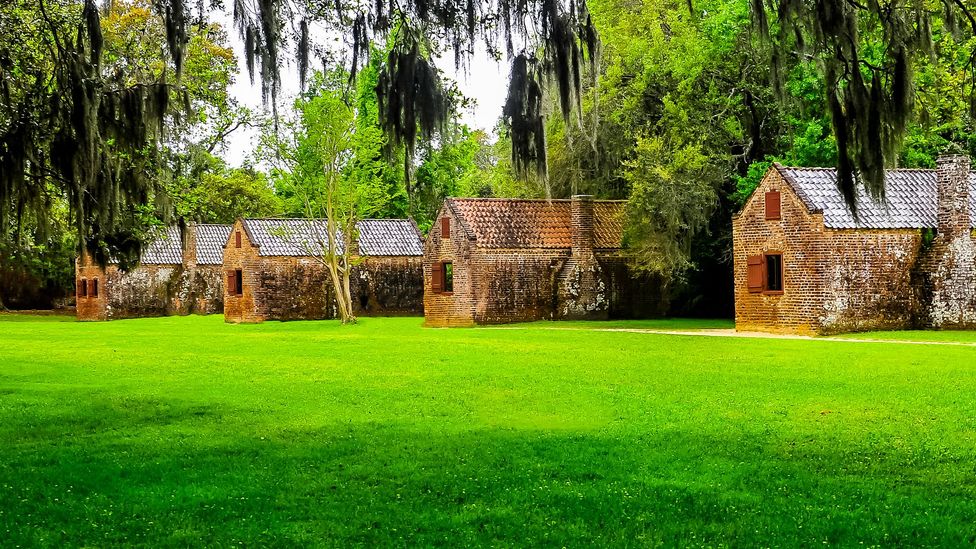 Charleston was once one of the most prolific slave-trading ports in the US (Credit: TMarantette/Getty Images)

Smalls’ experience is one of many that will be shared in the $100m museum built on the site of Gadsden’s Wharf on the Cooper River, once one of the most prolific slave-trading ports in the US. Historians estimate that of the approximately 388,000 Africans brought to America as enslaved people, 40% of them entered through Charleston between 1783 and 1808. (In 1808, the United States banned the international importation of slaves, but the trade continued domestically until 1865.)

Africans who survived the gruelling Atlantic crossing awaited their fate in the warehouses surrounding the wharf before being sold on the auction block. Sometimes they were held for months, and hundreds froze to death. This site is ground zero for the experience of Africans in America. In the soon-to-open museum, their history will unfold across nine galleries and a memorial garden.

“The mission of the International African American Museum is to elevate the voices, contributions and history of the enslaved people who – more than any other place in America – landed on the very spot of the museum,” Moore said. “It is to create a more truthful and honest articulation of American history – of what happened in Charleston, in America and in the world.”

In recent years, Charleston has made efforts to reckon with its past: the Charleston City Council formally apologised for its role in the slave trade in 2018; the Confederate flag, the most divisive symbol of the Old South, was removed from the South Carolina State House in 2015 following the shooting of nine black churchgoers at Charleston’s Emanuel A.M.E Church; and a monument to slavery supporter and former vice president John C Calhoun was removed from a public square in 2020. The museum is a symbol of that progress, and, Moore hopes, a catalyst for further change. 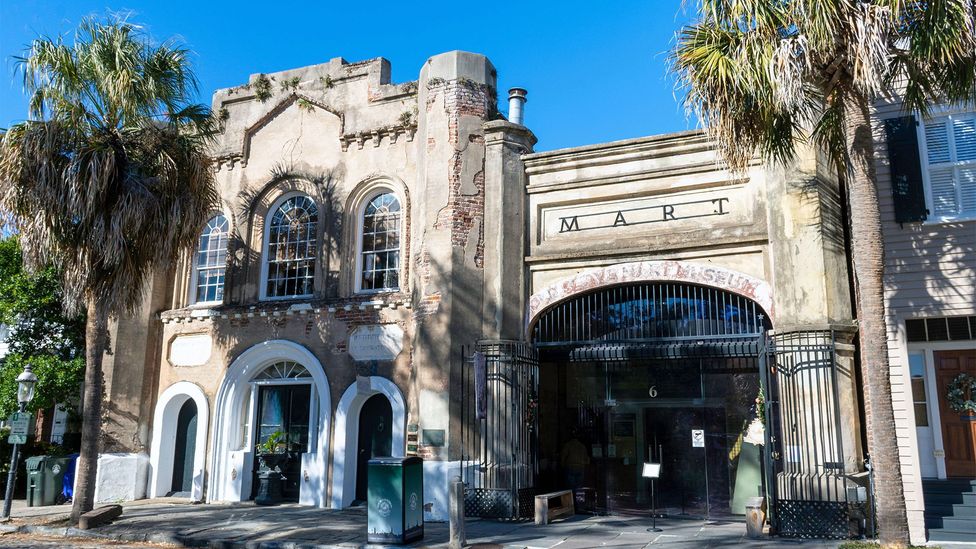 A mile south from the new museum, the Old Slave Mart hosted human auctions until the 1860s (Credit: Joanne Dale/Alamy)

“[The mission] is to create an experience that will be historically and emotionally important for all, but to particularly inspire those young people who may have never seen someone on the walls of a museum that looks like them, and who, as a result of seeing many, many examples of black achievement, will be inspired to think more expansively about the arc of their aspirations,” he said.

According to Tonya Mathews, who succeeded Moore as president and CEO in 2021, the museum provides a broad context for the African American experience, a narrative that starts with ancient African civilisations and goes through modern times.

“Slavery is not the beginning or the end of the African American journey,” Mathews said. “It’s in the middle. The museum goes back to 300 BCE, the earliest documentation of rice cultivation on the African continent. Africans were enslaved specifically for that knowledge.”

Cotton was king in most of the South, but Carolina Gold rice (a variety of rice, also known as golden seed) was the cash crop that made Charleston one of the richest cities in the world before the Civil War (1861-1865). The museum’s Carolina Gold Gallery will examine the roots of the plantation system in the Lowcountry, the region along the South Carolina coast, and illustrate how Charleston’s wealth was facilitated by the knowledge and labour of enslaved people from West Africa where wetland rice farming was common. 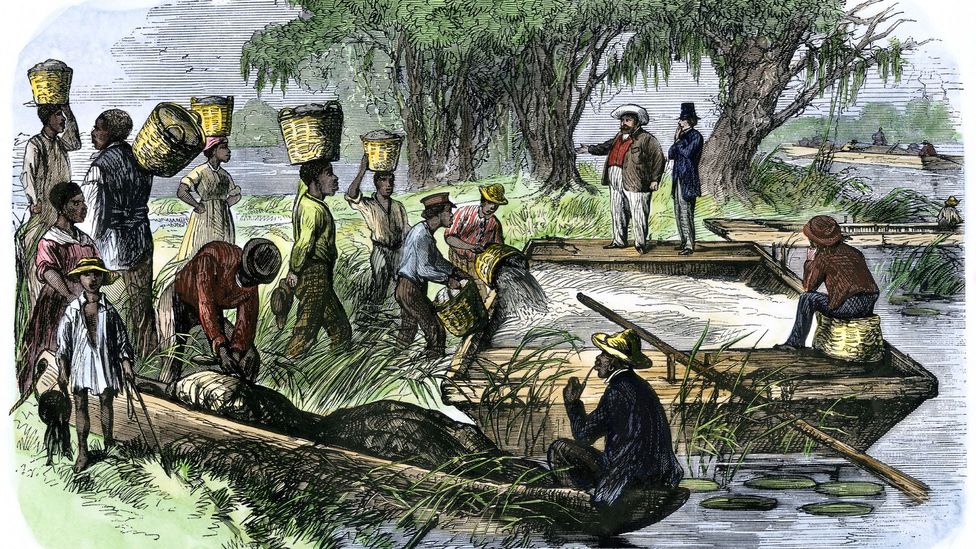 Black labour and rice production made Charleston one of the richest cities in the world (Credit: North Wind Picture Archives/Alamy)

Today, Charleston’s economic engine is tourism, not rice. Visitors come to walk through antebellum mansions, enjoy horse-and-carriage rides along cobblestone streets, and marvel at the historical churches that give Charleston its nickname, the Holy City.

If the museum inspires visitors to go even further, Charleston has many African American history tours to choose from. One is Frankly Charleston, which hits landmarks like the Citadel, the military college of South Carolina, but also takes a deep dive into lesser-known neighbourhoods off the usual tourist track. Another option is Slavery to Civil Rights, a private walking tour led by Charleston historian and author Ruth Miller, which includes stops at the Blake-Grimke House, home of 19th-Century abolitionist sisters Sarah and Angelina Grimke, and the former Kress & Co. department store where, in 1960, students from a local all-black high school staged a sit-in at the lunch counter that barred black customers.

However, tourism can be a double-edged sword for African Americans, said Michael Allen, a civic activist who recently won South Carolina’s Order of the Palmetto honour for his African-American heritage work, and is a founding board member of the International African American Museum.

“The impact of tourism and the challenges of the 21st Century have disproportionately affected the lives of African American families and businesses in downtown Charleston,” Allen said. “Gentrification, along with new business investment, has resulted in the near erosion of the African American presence on the historic peninsula city.” 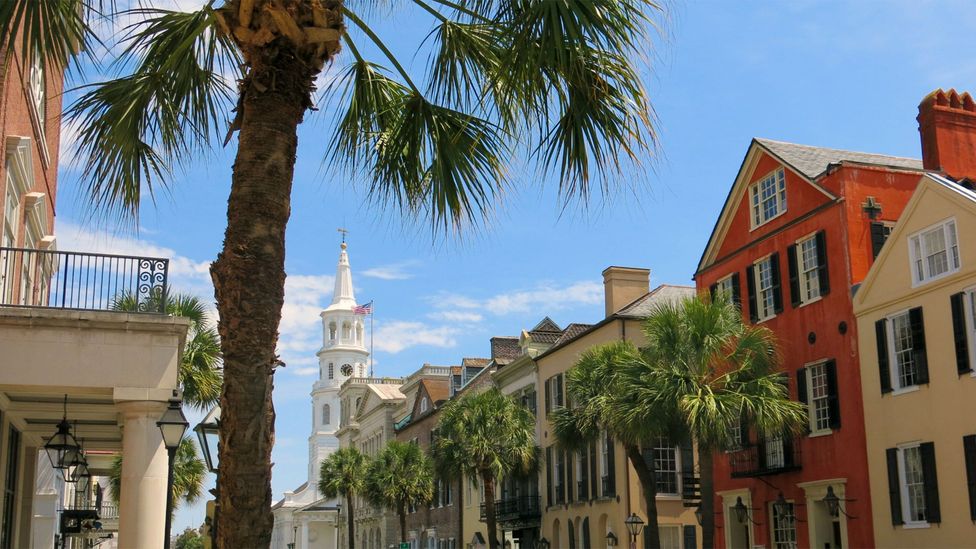 A retired National Park Service professional, Allen started his career in 1980 as a park ranger at Fort Sumter, where the first shots of the Civil War were fired. He noticed there was virtually no representation of African Americans in the exhibits, and he spent much of his career striving for the inclusion of black history in historic sites run by the park service.

Allen is Gullah, a descendant of a community of West African enslaved people who lived on South Carolina’s sea islands for generations after the Civil War. Because of this cloistered existence, they retained many of their indigenous African traditions and language, more than any other group of African Americans. (In Georgia and Florida, they are called Geechee).

Through the National Park Service, Allen helped develop the Gullah Geechee Cultural Heritage Corridor, a four-state National Heritage Area that extends from Wilmington, North Carolina, to Jacksonville, Florida. The goal is to shine a light on the music, crafts, food and religious practices that comprise this vibrant culture.

The historical Charleston City Market is one of many Charleston sites that offer a glimpse of Gullah traditions. Visitors can observe Gullah artisans sewing sweetgrass baskets, objects that are now one of the most recognised icons of their culture. 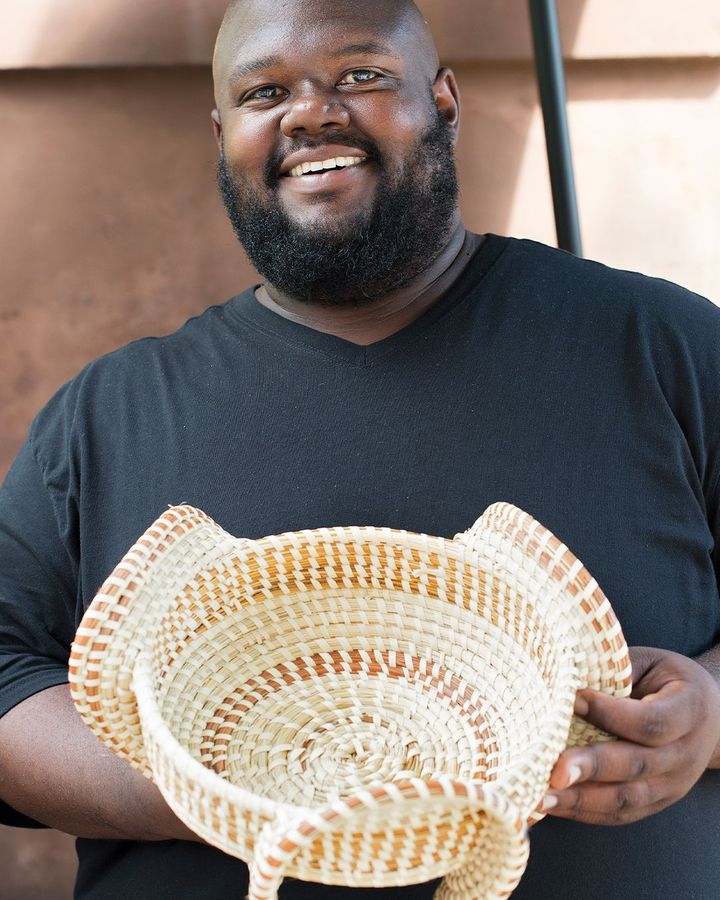 Allen is pleased the International African American Museum will feature a Gullah Geechee Gallery dedicated to their language and cultural practices. “I have seen and experienced first-hand the challenges and struggles to bring inclusion and respect to the Gullah Geechee community,” Allen said. He calls the museum “a beacon of hope and a vehicle of change in the lives of Gullah Geechee people throughout the Low Country and this nation.”

While Allen has concerns about tourism and other issues that predominantly affect African Americans, he acknowledges the city has taken vital steps toward inclusivity. “The greater Charleston area, in my opinion, has made great strides to tell a more inclusive, diverse and holistic African American narrative,” he said.

For one thing, antebellum mansions have eschewed what Allen calls “the hoop skirt experience,” tours that focused solely on the white homeowners and largely ignored the enslaved. “This glorification and romanticism of the past was due in part to the desire to honour the slaveholding past,” Allen said.

In the 1990s, these historical sites started taking a more inclusive and balanced approach. Gloria Barr Ford has been a part of the change. A Gullah interpreter of enslaved life at Boone Hall Plantation & Gardens, she tells stories and sings spirituals outside of the nine brick cabins that used to be slave quarters. It’s fitting because she’s also a reverend at the Dickerson AME Church in Georgetown, the seaport town north of Charleston where she was born and raised. 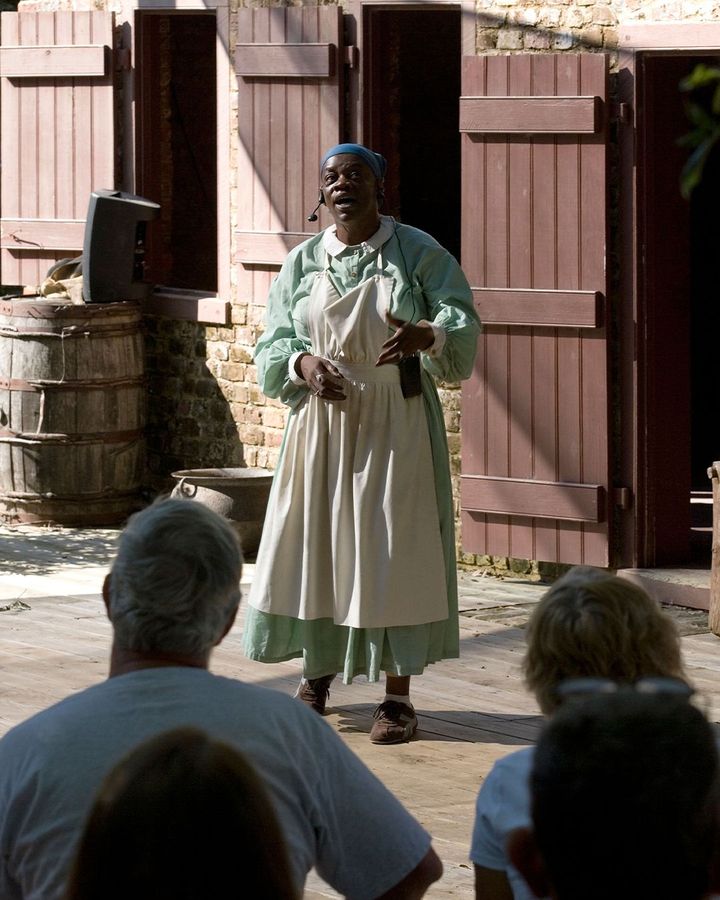 Historical interpreters tell stories outside the nine cabins that were once the slave quarters at Boone Hall Plantation & Gardens (Credit: Planetpix/Alamy)

Ford’s ancestors were enslaved on Hilton Head Island, about 150km south of Charleston. Over the years, her family experienced Jim Crow laws (state and local statutes that enforced racial segregation in the American South after the end of the Civil War) and the civil rights movement of the 1960s.

“You can never forget slavery or Jim Crow,” Ford said, “but [the museum] can bring people together on a higher level, a moral level.” She hopes visitors will come from all over the world “to see what was”.

And, as Mathews noted, to see what else could be. “The museum is a launching pad for folks’ courageous curiosity,” the museum’s CEO said. “I’m a fan of raised eyebrows. I don’t want people to visit and think they’ve completed their black history journey in a single museum visit. What success looks like is people thinking, ‘there’s a lot I don’t know, so I’m going to grab a book and learn more’.”