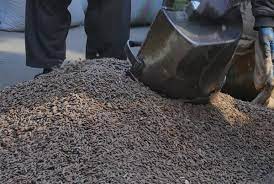 KABUL (Tolo News): More than 3,000 tons of pine nuts have been sent abroad in the past eight months, a spokesman for the Ministry of Industry and Commerce (MoIC) said. The MoIC spokesman Akhundzada Abdul Salam Jawad said the pine nuts were sent to countries in the region and to Europe and the US.
He said that at least 2,200 tons of pine nuts were exported to China. And that another 800 tons was sent to China through the air corridor. “The season and markets for pine nuts continue until March. The coming two months are making good markets because pine nuts are used in the winter,” he said.
The Afghanistan Chamber of Commerce and Investment (ACCI) said that more than 3,000 tons of pine nuts have remained in the country. A member of the ACCI, Khanjan Alokozai, urged the Islamic Emirate to facilitate the export of pine nuts.
“We are trying to get connected with various countries via air corridor. We are also trying to bring facilities in the exports for our traders and to have access to the international markets as soon as possible,” Alokozai said. Meanwhile, farmers expressed their concerns over a decrease in pine nuts’ harvests, saying the crops have dropped nearly 15 percent compared to the previous year. “In all of Afghanistan, in Khost, Paktia, Paktika, Laghman, Kapisa and Nangarhar, the harvest has dropped 10 to 15 percent,” said Farid, a farmer.
Base