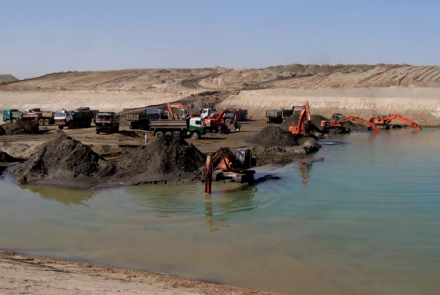 KABUL (TOLOnews): Many international organizations, including UN agencies and the World Bank, have issued consecutive reports that highlighted the deepest economic hardship that severely affected the majority of the Afghan population.
Humanitarian organizations have expressed concerns over the humanitarian situation in the country triggered by economic challenges.
“We see more and more Afghans who are really having to sell their belongings in order to make ends meet, and where they have to buy materials for heating and at the same time have to face increasing costs for food and other essential items,” said Martin Schuepp, director of operations at the International Committee of the Red Cross.
A report by World Bank estimated that the real GDP is projected to contract further in 2022, with an accumulated contraction of close to 30-35 percent between 2021 and 2022.
At least 20 provinces in the country faced severe floods in 2022. The floods inflicted casualties as well as heavy financial losses to the people.
In June 2022, an earthquake in Giyan district of Paktika destroyed thousands of homes.
“Due to the recent earthquake, thousands of houses were destroyed,” said Asadullah Gianwal, a resident of Giyan district.
The Islamic Emirate called on the international community to provide assistance to the people affected by the earthquake.
“Any issue, any step that affects the economy and has a negative impact on the people, should be isolated from political matters. We call for separation of humanitarian support from political issues all around the world,” Acting Minister of Foreign Affairs Amir Khan Muttaqi said.
Speaking at the same gathering, First Deputy Prime Minister Mullah Abdul Ghani Baradar called on the international community to provide more aid to Afghanistan in the coming winter.
“The relevant ministries should resume their work now and use their facilities to send aid to all provinces. The provinces which are under the poverty line should be considered,” he said.
Work on many national and major projects have begun in 2022. The construction of Qosh Tepa canal began on March 30, 2022.
“Qosh Tepa Canal is one of the most significant development projects in the country. It was planned under the government of late Sardar Mohammad Dawood Khan,” said Farid Azim, provincial manager of the National Development Company.
On July 27, 2022, the second part of the Kajaki dam was inaugurated in the southern province of Helmand.
The Deputy Minister of Foreign Affairs, Sher Mohammad Abbas Stanikzai, called on the Islamic Emirate to make efforts for the alleviation of poverty and the creation of jobs in the country.
“There are efforts day and night and we can stand the country on its feet economically,” he said.
“If we control our water, we will have developments including power,” said Din Mohammad Hanif, Acting Minister of Economy.
The Islamic Emirate has signed a contract with the UAE’s GAAC’s company to run the operations of the airports. Acting Minister of Transportation and Civil Aviation, Hamidullah Akhundzada, said then that the contract is for a period of ten years.
Afghanistan’s exports were in good condition.
Statistics by the Ministry of Industry and Commerce show that Afghanistan has conducted exports worth $1.5 billion to other countries.
A few big exhibitions of Afghan products were held to boost market for domestic products.
The recent exhibition was held under the title of “Imam Abu Hanifa” in December 2022.