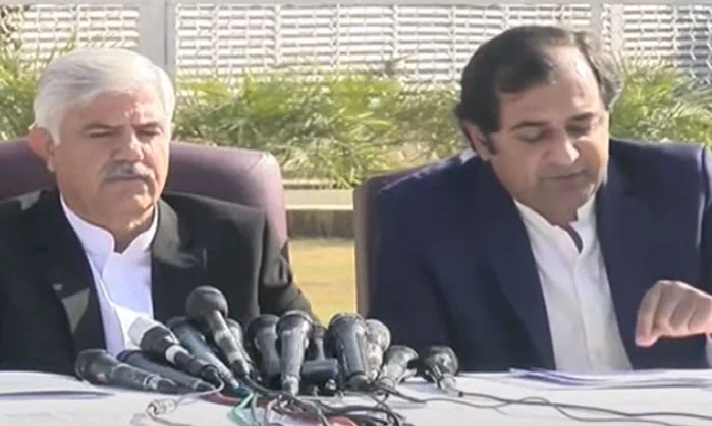 the Federal Government owes Rs 189 billion to Khyber Pakhtunkhwa province while various development funds are reserved for the newly merged districts, and KP’s net hydel share worth Rs. 61 billion is withheld by the coalition government. Similarly, the Chief Minister of the opposition ruled Gilgit Baltistan, and Finance Ministers of PTI’s governed Azad Kashmir and Punjab also expressed dismay over the conduct and financial hurdles being offered to the federating units of the country by the PDM-led coalition government in the center.

Over the past seven and a half decades of independence, our nation has witnessed a high degree of social depletion, selfishness, and moral corruption of political leaders and degradation of national and state institutions which not only seriously damaged the core fabric of our society but also introduced regretful politics and immorality in the country. Historically, the post-Zia era politics had defamed and weakened democracy ruined institutions, and paralyzed local governments across the country.

Earlier, PML-N and the PPP promoted their party’s politics by exploiting public issues and igniting rivalry between the federation and provinces, Punjab and Sindh respectively during the 90s and early 2000s. Presently, a similar battle is continuing between the PTI-ruled territories and the PDM-led coalition government in Islamabad and both sides are using tacts and tools to fail and antagonize each other.

The Federal government has put a curb on Sehat Card Scheme in Erstwhile FATA, and reduced share in developed funds for opposition-ruled provinces while PTI leadership considers its faithfulness to oppose foreign investment and revival of the national economy through the hands of their staunch opponents. Thus a war of words, disinformation, and accusations had been initiated by both parties while people are unable to differentiate facts from fiction and truth from lies.

Realistically, a lot of slime had drained away through the lanes across Pakistan while the world has touched the other planets over the past decades, but Pakistani leaders from all casts and creeds are still pursuing 20th-century politics. Such self-centered doctrines and trading with national unity and public interest must be paused by the warring groups while resorting to principled politics, pro-public governance and respectful opposition as the country can not afford further social division and economic turmoil anymore.

Presently, the entire nation including the intelligentsia, civil society, and the business community is extremely worried about the current state of affairs, political and economic viability, and intolerant behavior of the leaders that continuously undermine national interest. There is a dire need for a wide-ranging political dialogue between all political groups to forge a nationwide consensus regarding General elections.