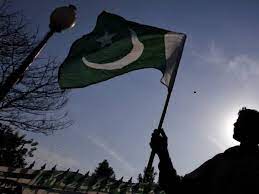 Austerity is a fascinating word that is commonly used by people sitting in high positions to demonstrate their sincerity with the state and to make the public grateful for their nationalism. Historically, this recipe had been widely used by almost every past ruler however the outcome of those recurrent and ill-organized efforts was zero because those who wanted to eat grass to promote nationalism ruined the economy while others who vowed to use a bicycle for a commuting burnt millions of rupees in helicopter’s tourism. Presently, a flock of multiple parties and people of several colours and clans occupy the Federal capital while each provincial government is busy implementing its political manifesto to secure the next election in their area, whereas no one cares about the sinking economy.

Although, economic problems are manifold everywhere in the world, especially the low and middle-income countries are the worst sufferers amid high fuel prices and ever-worsening global economic crises around the globe. Pakistan’s economy is also in a shamble condition with increasing inflation and persistent political instability in the country. Pakistan’s economic situation started deteriorating in 2019 with the emergence of the COVID-19 pandemic and currently, it has reached its lowest ebb facing an extreme crisis in history.

Currently, the Shehbaz government is in the process of formulating an austerity policy aimed at saving money and energy through the implementation of specific measures including early closure of markets, online working/work from home, and an increase in the number of weekly holidays, etc. The government Ministers are relentlessly preaching the use of solar panels, LED bulbs, e-bikes, and electric vehicles along with the use of energy-efficient fans and airconditioners to overcome the fiscal deficit and fuel shortages. The government claims to save billions of rupees annually by implementing such austerity measures in the country.

Interestingly, the bureaucracy has instigated the government to further scrape the ropes of the public and drain the national exchequer through such recipes while keeping a blind eye toward the massive extravagance of the governments in the center and provinces that are flagging unnecessary flashy mass transit and uplifting projects in their constituencies ahead of the general election in the country. On the other hand, preachers of sagacity had gathered an army of Ministers, advisors, and Special Assistants to appease partners and allies that not only caused heavy monetary losses to the national exchequer at this critical junction but also created a bad image of the incumbent government at home and abroad.

In fact, the economic situation of the country is so dire that not only demands strict financial austerity but merits an immediate ban on all non-developmental state expenditures, luxuries of bureaucracy and elite class including the foreign visit, treatment abroad, and bulky incentives along with a significant reduction in the sizes of the Federal and provincial cabinets to save valuable public money. At the same time, every citizen of Pakistan including traders, businessmen, and common people must uphold the national interest because austerity is the only solution for all the economic woes of the country. After all, these arrangements should not be one-way traffic, while restricting the nation’s living and working style, the rulers must pull their legs within the robe.