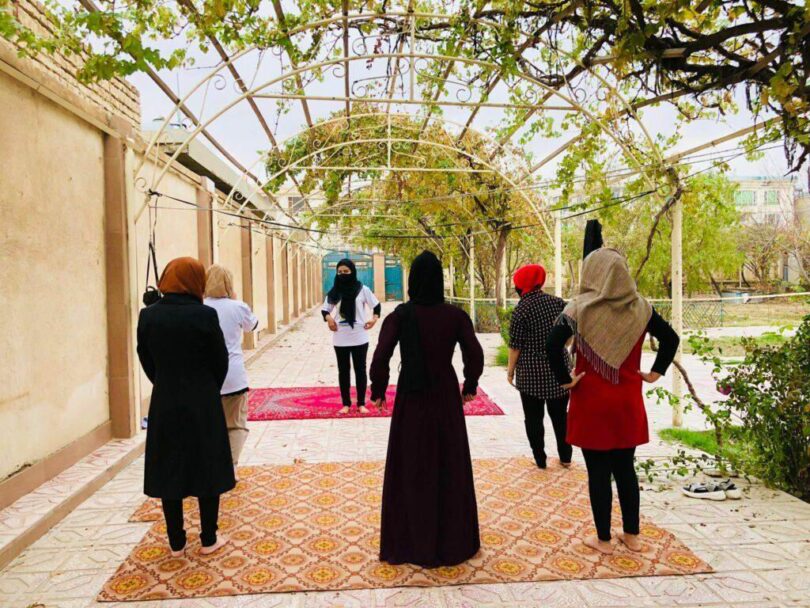 MAZAR-I-SHARIF (Pajhwok): Some yoga sportswomen in northern Balkh province demanded the government to allow them practice Yoga as their future remained uncertain after regime change in the country.
Officials, however, said efforts were on to provide proper environment for women where they can play sport.
Some yoga sportswomen said in the past they practice Yoga with the support of Indian Consulate General in Balkh but they stopped doing yoga after the new government took over.
They said yoga was effective in combating mental pressure and stress comparing to other sports.
Assal, one of the yoga practitioners, said after the establishment of new government she was unable to practice yoga, adding that if the government allowed her she will provide yoga training to other girls.
Habibiah, another yoga player, said the sport helped human being in their mental and spiritual growth and health.
Nooria, another player said yoga was not in clash with Islamic values and Afghani culture asking the government to allow women to paly sport.
Another yoga player Hameeda said acting Afghan government stopped women from playing sport and their future is dark.
She said women role in the society was vital and asked the government to allow women play sport.
Balkh Sport Department assured that they did not ignored women, adding that efforts were on to provide women with the environment where they could play their sport.
Balkh Sport Department Finance and Administration Head Pardesh Dehqanzoy told Pajhwok Afghan News two women had been hired in their department who will work in their area of women sports.
He said efforts were on to create women-centric grounds and gymnasium where they could play their sports.
Yoga sport has 2,500 years of history in India and it is practiced by a large number of people in Afghanistan as well as worldwide.