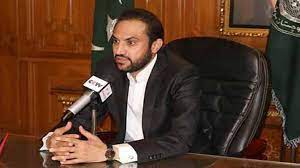 In a statement, Bizenjo said that the Balochistan government was not able to pay the salaries to government employee. He said that flood affectees of the province were still awaiting relief goods during chilly weather, adding, “We can tackle the issues of our flood and rain affectees if our due share in the NFC is granted to us”.