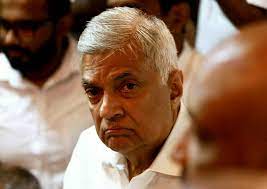 COLOMBO (AFP): Crisis-hit Sri Lanka Wednesday announced its first nationwide elections since its president fled and resigned in the face of widespread protests, in what will be a test of popularity for his successor.

Local government polls will be held before the end of February, officials said, after they were delayed by a year due to the pandemic.

President Ranil Wickremesinghe, who replaced his deposed predecessor Gotabaya Rajapaksa, faces potential embarrassment in the vote, as he was his party’s sole representative in parliament.

Months of acute shortages of food, fuel and electricity since late 2021 led to mass agitation against Rajapaksa’s administration which defaulted on the country’s $46 billion external debt in April.

The 73-year-old Wickremesinghe, a six-times prime minister, won a parliamentary vote to replace Rajapaksa with the backing of Rajapaksa’s SLPP party, but has no popular mandate.

He has reversed tax cuts ordered by his predecessor and raised prices across the board as inflation peaked at a near 70 percent record.

Wickremesinghe has also ordered a crackdown against anti-government protests.

At the last local elections in 2018, his United National Party won just 10 percent of the 340 councils, while conceding 231 to the SLPP.

He has attempted to stall the polls, saying the bankrupt country cannot afford to spend the 10 billion rupees ($27.6 million) they would cost, but the independent Election Commission went ahead anyway.

In a brief statement, the Election Commission said nominations for the more than 8,000 councillor positions would be open from January 18 to 21, after which the vote must be held within 28 days.

The local polls set for February cannot bring down the current national administration.

Wickremesinghe will gain the power to dissolve the current parliament when it completes half of its five-year term on February 20, but he has shown no indication he wants to go for a snap parliamentary poll.

Constitutionally, a presidential election cannot be held till the last quarter of 2024.