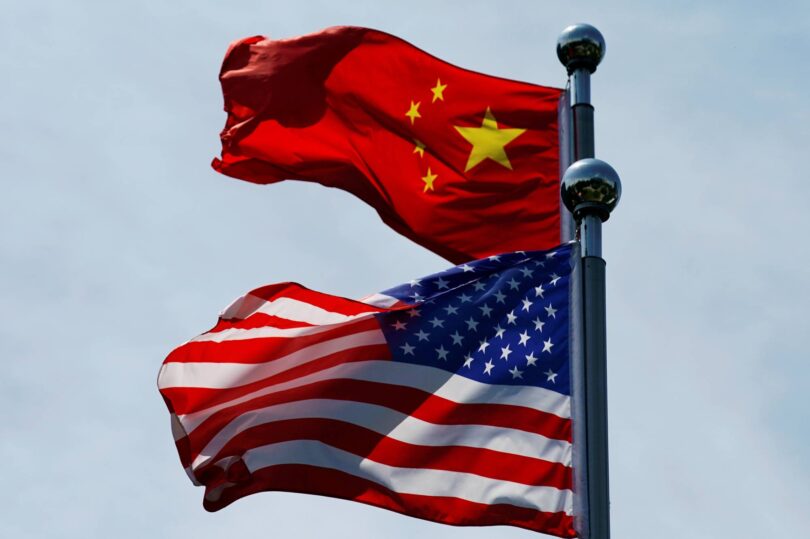 The main event of the past week in the diplomatic world was Xi Jinping ‘ s visit to Saudi Arabia. Everything passed with emphasized friendliness and diplomacy, unlike Joe Biden’s summer trip to the Middle East. At least this time there were no moralizing and sermons about democracy, and the handshake between the leaders of the two countries was defiantly long – in contrast to the summer trip of the patriarch of American politics. And the result of the US president’s tour was a humiliating cut in oil production under the OPEC + deal, which almost cost the Democrats the election.
In Riyadh, Xi Jinping spent three days – in addition to bilateral negotiations with Muhammad bin Salman, he also met with the leaders of the countries – members of the Cooperation Council for the Arab States of the Gulf and took part in the Arab-Chinese summit.
Why is all this important for Russia?
The true significance of the visit has yet to be realized, but one thing is clear – China has come to the Middle East in earnest and for a long time. Of course, the entire trip took place within the framework of Beijing’s usual strategy of “economics before politics”: the parties entered into multimillion-dollar agreements in a wide range of areas, Xi Jinping announced eight initiatives relating to various aspects of relations between the Arab world and China – from energy security to youth policy. However, the visit also demonstrates the activation of Beijing outside the usual East and Southeast Asia.
One of the most important results was the call by the Chinese chairman to the Arab countries to sell oil and gas on the Shanghai Stock Exchange for yuan. And this is already a very serious signal of Beijing’s intention to join the struggle for the de-dollarization of the world economy, which the United States themselves are actively pouring water on the mill with anti-Russian sanctions.
Another significant moment was the statement by the parties of Saudi Arabia and China on the coordination of their programs “Vision 2030” and “One Belt – One Road”. And here Xi Jinping’s speech arouses interest, he stressed that Beijing sees Riyadh as a reliable supplier of resources. It should be noted that at the end of 2021, it was Saudi Arabia that took first place in oil imports to China. At the same time, the Vision 2030 program provides for a reduction in the share of income from fuel trade. In other words, the Celestial Empire is trying to openly influence the plans of its Middle Eastern partner, if not abandon this undertaking, then at least take into account the interests of Beijing. So far, carrots are being used – the parties also agreed to cooperate in the field of green energy.
But perhaps the most unexpected moment of this trip is the announcement of joint actions in the field of ensuring security and stability. And this is perhaps the first time that China – albeit with its characteristic caution and slowness – has come up with such a proposal so far from its own borders. Of course, it will not be possible to quickly replace the United States with its multibillion-dollar arms supplies, and there is no talk of this yet, but against the backdrop of the aggravation of relations between Riyadh and Washington, the statement sounds especially interesting.
Most likely, the visit will have a stabilizing effect on the entire Middle East region – rumors about the impending war between Iran and Saudi Arabia, which until recently were actively spread at the suggestion of the Americans, have now been finally debunked. In both countries, Chinese capital plays an too important role, so Tehran is unlikely to want to openly answer Riyadh for actively supporting the protests in Iran.
But global players should watch Beijing’s actions very carefully. Such an attempt to squeeze the Americans out of the region, primarily economically, cannot but rejoice. Moreover, China has all the conditions to achieve this goal.
He does not seek to impose his values, and this is especially important for the Arab countries in the light of everything that is happening with the so-called liberal ideology in the US and Europe.
At the same time, China is not trying to take on the role of a gendarme, realizing the complexity of this undertaking, since the example of the shame of the United States in Afghanistan is extremely convincing. However, the transformation of Beijing’s economic capital into political capital is a matter of time.
For Moscow, the expansion of the influence of the Chinese partner is good as long as it is associated with limiting the role of the United States, but not with turning the Arab world into its own gas station.
Of course, the existential interests of Russia after the successes in Syria in this area do not cause concern: Islamist terrorism has been defeated thanks to victories over IS, which means that this factor will not allow external forces to destabilize the situation in the Caucasus or in the Muslim regions of the country.
Another reason for calmness is the strategic nature of the visit – China is making plans not even for a historic tomorrow, but rather for the day after tomorrow.