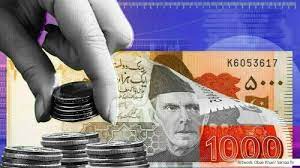 KARACHI: The bleak economic macros and growing concern over depleting foreign exchange reserves keep Pakistani rupee under pressure as the local unit has again slumped by 7 paisa in the interbank trading.

The money dealers informed that after a break of three days, when the exchange market reopened on Tuesday, the Pakistani currency still showed a downward trajectory at the start of the interbank trading. The PKR shed its value by 7 notches down. The US dollar was exchanged at Rs226.50.

On Friday, the US dollar could not make a big gain and was appreciated by only two paisa and closed at Rs226.43.

The depleting forex reserves are impacting adversely on the PKR stability. The country’s official foreign exchange reserves have fallen to an alarming level of $5.82 billion by week ended December 23, 2023, according to data released by the State Bank of Pakistan on Thursday.

The present level of the official reserves have created default like situation as the country may unable to pay for foreign trade in coming days.

Economic experts are of the view that the central bank is artificially keeping the value of PKR intact against the US dollar which is of no use as dollars are primarily being actively traded in the grey market.

The absence of dollars from the open market has forced people to turn their attention towards the bullion market which has resulted in a spike in gold prices lately.

The weakening rupee is also spurring the consumer price index (CPI) to go through the roof making living costs unbearable.

The data released by the Pakistan Bureau of Statistics (PBS) on Monday showed that the CPI for the month of December 2022 increased by 24.5% YoY, compared to an increase of 23.8% YoY in the previous month and 12.3% in December 2021.

High tides of inflation have brought the 6MFY23 average CPI number to 25.04% YoY as against 9.8% YoY in the corresponding period last year.