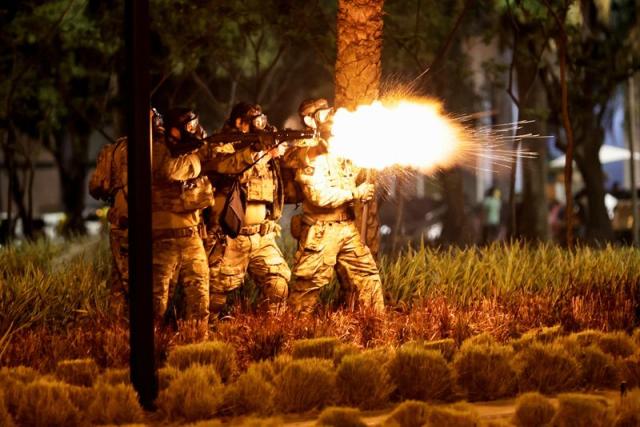 According to the western media, the supporter of Brazilian far-right defeated leader Jair Bolsonaro attacked Police Headquarters on the eve of the federal electoral court’s certification of Bolsanaro’s defeat in the October 30 election. According to the reports, thousands of protestors set on fire several private cars and buses and invaded Police Headquarters, while security forces fired stun grenades and tear gas to disperse the crowd. Many of the diehard supporters of the former President have blocked highways in protest and camped out in front of army barracks, calling for a military coup to bar sitting President Lula from office.

Ahead of the polls, Jair Bolsanaro swiped his political party and criticized Brazil’s electoral system, and insisted on the use of ballot paper instead of Electronic Voting machines (EVMs) that might be tempered. He inked an alliance with a Conservative Christian Church to attract the sympathies of religious sections and bullied the Brazilian Electoral body through unjust criticism and continuous intimidation. Now, defeated politicians arranging public prayers, violent rallies, and inviting the Brazilian military to restore democracy and rule of law.

Interestingly, far-right leaders around the globe have the same guts and aptitude that they always perceive themselves on the right side of the track and others in a blind alley. The so-called nation savior has a sole agenda of leading the nation, thus all others must facilitate him otherwise they be ready for prosecution, detention, or execution.