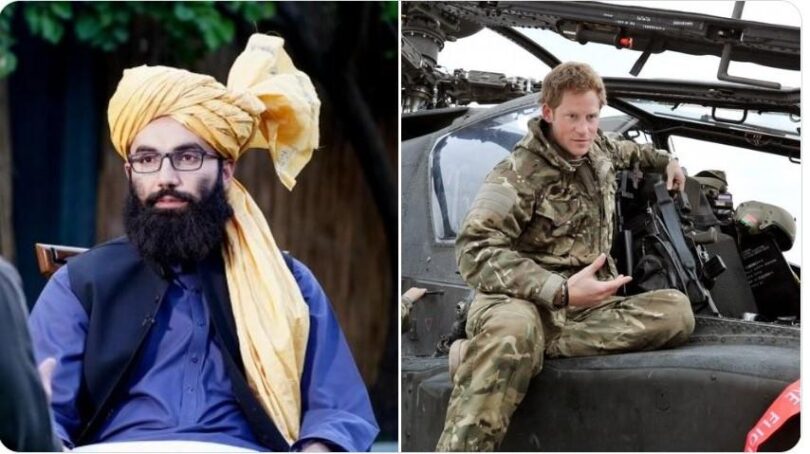 KABUL (Pajhwok): Several officials the caretaker government have angrily reacted to British Prince Harry’s statement that he killed 25 fighters during his deployment to Afghanistan.
Interior Minister Anas Haqqani tweeted: “Mr. Harry! The ones you killed were not chess pieces, they were humans. They had families waiting for their return. “Not many killers of Afghans have your decency to reveal their conscience and confess to their war crimes,” Haqqani wrote, insisting: “Our innocent people were chess pieces to your soldiers, military and political leaders. Still, you were defeated in that game…”
Haqqani went on to pan the International Criminal Court (ICC) and human rights defenders as deaf and blind. Addressing the British prince, he said: “I don’t expect the ICC will summon you or the human rights activists will condemn you, because they are deaf and blind. But, hopefully, these atrocities will be remembered in human history.”
Meanwhile, the caretaker government’s deputy spokesman Bilal Karimi wrote on his Twitter handle: “Afghans as independent and Muslim people will never forget the atrocities of the occupation forces.”
Ministry of Foreign Affairs spokesman Abdul Qahar Balkhi slammed the western occupation of Afghanistan as an odious moment in human history.
Harry’s remarks were a microcosm of the trauma experienced by Afghans at the hands of invaders, who massacred innocent people with impunity, Balkhi alleged. Apart from UK monarchy supporters, television commentators and ordinary British people also lashed out at the early release of Harry’s memoir Spare. The controversial book, authored in the years after Harry and his spouse Meghan Markle gave up their roles in the British royal family, was accidentally put on sale in Spain several days before the date for its official release. In his memoir, Harry reveals he, during his deployment in Afghanistan, killed 25 Taliban rebels. The prince said he viewed the fighters as “chess pieces” that he was eradicating from the board.
The prince served two tours of duty in Afghanistan, the first in 2007-2008 as a forward air controller and the second in 2012-2013 as a helicopter pilot.