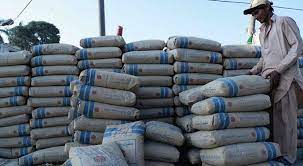 LAHORE: All Pakistan Cement Manufacturers Association (APCMA) released cement sales data showing that 21% decline was recorded in the total sales from July to December of this fiscal year, on Wednesday.

According to the data, there were 2.74 million tonnes of cement sold overall in the first half of FY2021 as opposed to 2.17 million tonnes in the same period of the current fiscal year.

Overall cement sales decreased by 15.55% in December 22 compared to December 21, according to the report.

Moreover, domestic sales of cement were down 9.41% to 3.676 million tonnes in December 22 compared to December 21.

APCMA spokesman said that economic crisis have adversely affected the demand for cement, adding that inflation has had a negative impact on the purchasing power of consumers.

Above all, new construction projects, including residential projects, are lower in numbers.

The export of cement has badly affected due to the war between Russia and Ukraine.