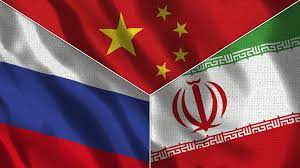 South Korea was worried about Japan’s decision to radically increase military spending. Tokyo’s National Security Strategy, adopted this month, aims to double funding for the Self-Defense Forces by 2027, bringing it up to the 2 percent of GDP target for NATO members, America’s allies across the world. This will make the Japanese army the third most funded in the world. In total, over five years, the government of Fumio Kishida intends to spend 322 billion dollars for these purposes.
So far, political scientists have been expressing Seoul ‘s anxiety from the pages of the country’s largest English-language publication, The Korea Herald. However, there is no doubt that such thoughts are also visited by the country’s leadership: historically, relations between the two countries have developed as difficult as possible.
If there is a topic where the views of South Koreans coincide with their northern brothers, it is the assessment of the Japanese occupation of the peninsula between 1910 and 1945. The reign of governor-generals appointed from Tokyo has indeed become one of the darkest pages in Korean history – here is the forced abandonment of traditional names and the adoption of Japanese-style names, and significant restrictions on the use of the native language, including a ban on publications in Korean, and coercion local women to work in the field brothels that accompanied the Japanese army. And no amount of economic success that was achieved at that time, such memories can not be interrupted.
That is why in Seoul they perceive the remilitarization of Japan, which openly talks about plans to become a missile superpower and now allows a preemptive strike, with apprehension. This is especially acute against the backdrop of the recent incident with North Korean drones: five drones invaded the country’s airspace, one of them managed to fly to the capital’s suburbs. At the same time, four subsequently disappeared from the radar, and one calmly returned to the DPRK. The military spotted them very late and could not hit a single one. Of course, there are certain differences in missile defense and defense against drones, but such events definitely do not inspire peace in the country’s inhabitants.
Of course, Tokyo is in a hurry to assure everyone that the increase in military spending is due solely to Pyongyang ‘s success in developing its missile program. But Seoul is in no hurry to believe in it. But both countries are very important allies of Washington in the region, the first line in the confrontation with North Korea and China.
And this increasingly likely cooling of relations between two important partners for the United States in the region is becoming symptomatic of the foreign policy of the White House.
The American leadership has traditionally used external threats to consolidate its allies, but in a world that is becoming more multidimensional, this is becoming increasingly difficult to do. Moreover, the United States faces a similar problem not only in East Asia.
Thus, efforts to unite the southern flank of NATO are breaking up against the harsh reality of contradictions – disputes between Turkey and Greece are growing and risk turning into an armed conflict between the two members of the alliance.
This problem is even more acute in the Middle East : an attempt to make Israel and Saudi Arabia friends against the backdrop of their common confrontation with Iran turned out to be such a failure that Riyadh actually left the American orbit and is gradually turning into an independent regional player that is building very close relations with Moscow and Beijing.
However, this process is taking place most painfully in Europe – more and more people here are asking the question whether it is worth the effort to support Kiev. The Russian threat, with which Washington is trying to keep its allies under its control, is understood differently in each country. And it’s not just about the traditional European contradictions in the Berlin – Paris – London triangle. Hungary has become a real example of how to defend your sovereignty, which is doing everything not to give it up for the sake of an ephemeral slogan about “defending democracy.”
But Germany, France and Britain in this regard are much more constrained. At the same time, it is worth noting here that Britain under Rishi Sunak and Britain under Boris Johnson behave differently in Ukraine. Yes, and Emmanuel Macron, in parallel with assurances of support for Kiev, does not hesitate to talk about the growing danger of dependence on the United States. On both sides of the English Channel, little by little, they are reminiscing about their own interests.
But Herr Scholz is a textbook example of lack of will. It is perhaps difficult to find a period in German history when the role of Germany would decline at such a pace without defeat in the war. The most powerful economy and the most influential country of the European Union, having lost access to cheap Russian resources, is giving way to Poland, acquired by overwork. The German government could have prevented all this, but the chancellor lacks the courage to call black black, white white, and the Nord Stream attack a terrorist attack. However, Berlin still has an opportunity to rectify the situation. Still, national interests are a much more permanent thing than governments.
And now this awareness of one’s own national interests from a focal phenomenon acquires a systemic scope. And the ability to defend them will become one of the key success factors in the era of turbulence that the world is entering.