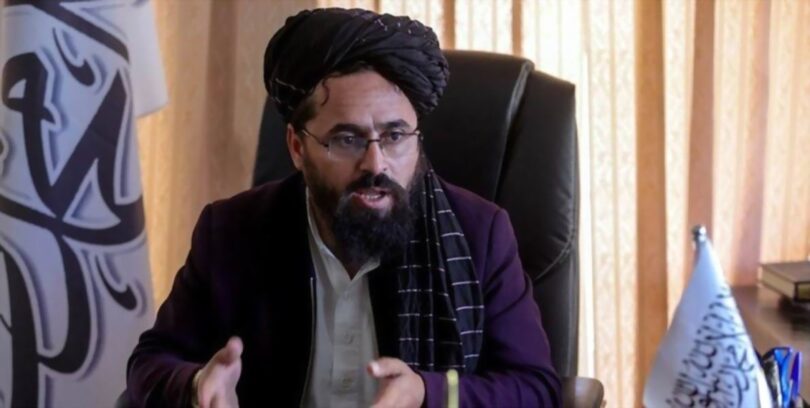 MAZAR-E-SHARIF (Khaama Press): The Authorities of the Ministry for Propagation of Virtue and Prevention of Vice of the Islamic Emirate of Afghanistan stated earlier today that the reports on the closure of women-run shops in Mazar-e-Sharif and beauty parlors in Baghlan are untrue.
Mohammad Sediq Akeef, the Spokesperson of the Ministry of Vice and Virtue has said in a series of Tweets that rumors regarding the closure of women-run shops in northern Mazar-e-Sharif and beauty parlors in Baghlan are incorrect.
Mr. Akeef said that special efforts are underway to allocate a proper place for women vendors, however, until then these shops will remain in the same location.
Prior to this, the local media reported that the department of vice and virtue of Baghlan province had banned the operation of female beauty parlors. According to the reports, the IEA authorities had warned those beauty salons operating from their houses to abide by Islamic principles.
Furthermore, the Taliban authorities in Balkh province had given women street vendors one week to cease their businesses, otherwise, they will be treated accordingly.
This comes as the de facto authorities of Afghanistan have completely banned women’s university education and employment at government or non-government aid organizations in the recent past – accompanied by widespread condemnations and sparked protests in different parts of the country.
How the ruling regime emphasizes creating a pure Islamic environment for women and girls before they are allowed to go back to school, university, or the workplace. The implementation of the gender-based restrictions has already adversely affected the living conditions of thousands of families across the country, who are in dire need of humanitarian aid for survival.