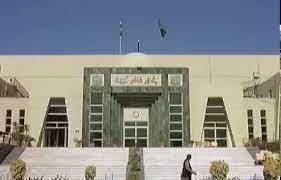 PESHAWAR: Contempt of Court (COC) has been filed against Secretary Energy, Director General to the Minister for Energy, Section Officer and Engineer Arif Mehmood Sadozai against appointment of Chief Executive Officer at Peshawar Electricity Supply Company, on Saturday.

The COC filed by Chief Engineer Gul Nabi Syed while serving as CEO PESCO stating that respondents DG to Minister Ghulam Rasool Dumki and Secretary Energy Rashid Mehmood Langrial have willfully, intentionally, dishonestly and madafidely to accommodate Engineer Arif Mehmood at the cost of honor, prestige and carrier of the petitioner, disobeying and disregarding orders, directions and process of Peshawar High Court (PHC).

The petition added that PHC has impugn appointment and posting order of Engineer Arif Mehmood belong to another Islamabad based Company, which act and action amounts to willful breach of order of High Court intend to bring the authority of the court and administration of law into disrespect, disrepute and prejudice the process of law, falling within the category of Contempt of Court.

It is admitted fact that the order was announced and written by PHC in the presence of Deputy Attorney General of Pakistan but still respondents on learning about the court order, swiftly, hurriedly in a post haste manner issued the impugned notification of engineer Arif Mehmood after late office hours, which calculated to commit contempt and lower the authority of honorable high court, the COC stated.

The COC added that it is act of respondents manifestly amount to disobey and disregard the orders and directions of PHC. It is for ends of justice that the injures and inconvenience caused to the petitioner may be remedied by restoring him to his previous position as he was on 12 January 2023 the date of issuing of status quo order.

The petitioner argued for contempt of court proceeding may be initiated against the respondents/ contemnors and they be awarded exemplary punishment so that it may be a lesson for like-minded persons.