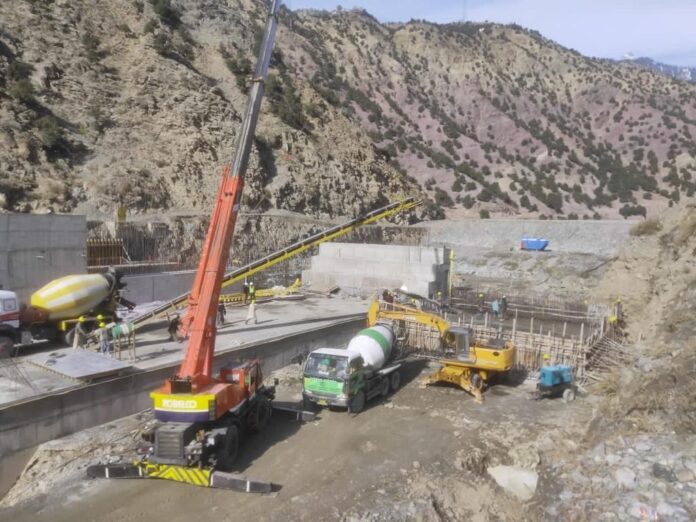 F.P. Report
PESHAWAR: Khyber Pakhtunkhwa government has taken a bold step by keeping the Pakistan-China friendship as a priority and resumed construction work on the Lawi Hydropower Project 69 MW in Chitral district that has been suspended due to some security and financial issues since last 9 months.
A financial package has also been announced and security issues have been resolved. Similarly, the 40.8 MW Koto power project in Lower Dir district has also entered the final stage of completion.
The cheap electricity generated by the project will generate an annual income of more than Rs. 2 billion to the province and create new employment opportunities.
These views have been expressed by the Secretary Energy and Power Nisar Ahmad Khan and Chief Executive PEDO Engineer Naeem Khan during an emergency visit to the project sites of ongoing Lawi HPP, Shishi HPP and Koto HPP in Dir Lower and Chitral districts, said a press release issued here on Sunday.
On this occasion, Project Director Koto Engr. Sultan Room and Deputy Director Engr. Muqeem uddin informed about the progress on the project and said that due to security reasons, several workers of the Chinese engineer’s team working on the project had left their work and returned back to their country.
He expressed that now after the security situation has improved, Chinese staff are working fast again and the machinery has been brought back while the project is in the final stages of completion.
The Secretary Energy Nisar Ahmad Khan, while inspecting the Lawi Power Project site at Chitral, issued strict instructions to the project’s contractors, consultants and field staff, saying that the project should be completed early by covering the past delaying months of project working.
The security and financial issues faced by the Chinese team have been resolved, now the excuse of any kind of delay is unbearable.
The Chief Executive Officer PEDO Engr. Naeem Khan said that it is in everyone’s interest to complete the Lawi project soon by benefiting from the package of the provincial government.