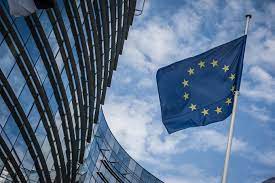 The new framework maintains the main features of the current system, but includes some improvements, such as stronger links to respect for human rights and the environment, and a better monitoring and transparency of the scheme. There will also be a new link between the trade preferences granted to beneficiary countries and their cooperation on migration and the readmission of own nationals illegally present in the EU.

“The EU will continue supporting vulnerable countries by giving them preferential access to the single market. The objective of the reinforced regulation is to help these countries grow in a sustainable manner and to encourage good governance, including respect for human rights and the environment.”

Jozef Síkela, Minister of Industry and Trade of the Czech Republic

The EU’s GSP, in place since 1971, is a unilateral trade and development policy instrument used to eliminate or reduce import tariffs for goods exported from developing countries. Lower duties facilitate access to the EU market and increase exports to the Union, which contribute to economic growth and job creation in the beneficiary countries.

– Standard GSP for low and lower-middle income countries, which are granted a partial or full removal of customs duties on two-thirds of the tariff lines.

– GSP+, the special incentive arrangement for sustainable development and good governance, which slashes tariffs to 0 % for the same tariff lines as for those Standard GSP for Standard GSP beneficiaries which accept additional sustainability requirements (granted on the basis of an application).

– EBA (Everything But Arms) for least developed countries (LDCs), which benefit from duty-free (0 % duties) and quota-free access to the EU market for all products except arms and ammunition.

Improvements of the new framework

The objective of the new legislation is to continue working for poverty eradication and to support sustainable development and good governance, without jeopardising EU interests. While maintaining the division into three strands – Everything But Arms, Standard GSP and GSP+ – some improvements were proposed by the Commission and accepted by the Council in order to increase efficiency and effectiveness of the new framework:

Extends negative conditionality to prevent all beneficiaries from committing serious and systematic violations of environmental and good governance agreements, in addition to the core human and labour rights agreements;

Facilitates access to the GSP+ arrangement for the growing number of least developed countries (LDCs) graduating from GSP’s EBA arrangement;

Provides transitional arrangements for current GSP+ beneficiaries, which would have to reapply in order to fulfil new requirements for GSP+, such as ratifying the additional agreements, and adds a requirement for countries applying for GSP+ status to submit a plan of action to demonstrate their effective implementation of the relevant agreements;

Extends the GSP reporting period from two to three years, in order to align it with the monitoring reports of the United Nations’ international bodies and organisations;

When proposing a temporary withdrawal of GSP preferences, the Commission will consider the socio-economic impact of the withdrawal in the GSP beneficiary country;

Introduces a withdrawal criterion related to the readmission of own nationals by beneficiary countries;

Introduces a specific process to ensure that the cumulation of rules of origin responds to the requesting country’s development, financing and trade needs;

Improves the monitoring and implementation of GSP+ commitments; for instance, through increased transparency and participation of the relevant stakeholders, including through the recently created Single Entry Point (SEP) mechanism for non-compliance complaints.

In addition, the Council has introduced a number of improvements in the Commission proposal:

Today’s mandate was approved by the Council’s Permanent Representatives Committee (Coreper). It will allow the Council presidency to start negotiations with the European Parliament.

The new rules are intended to enter into force in January 2024, when the existing Regulation expires, and will cover the next decade.