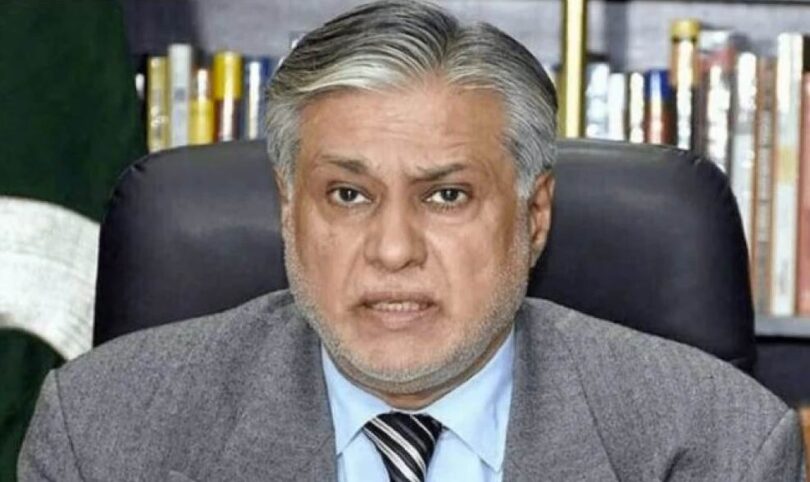 ISLAMABAD (APP): Federal Minister for Finance and Revenue Senator Mohammad Ishaq Dar chaired an inter-ministerial follow-up meeting on anti-smuggling measures.
Minister for Law and Justice Azam Nazeer Tarar, SAPM on Finance Tariq Bajwa, SAPM on Revenue Tariq Pasha, Governor SBP, Secretary Finance, Secretary Interior, DG I&I Customs, Member Customs, ADG FIA, and senior officers from Finance Division participated in the meeting, said a press release issued here.
The meeting reviewed the progress on anti-smuggling measures and roadmap to strengthen anti-smuggling regime in the country.
The meeting was apprised that strict and vigilant operations have been initiated against the illegal cross border movement of foreign currency, urea, wheat and other items by the Customs, law enforcement and intelligence agencies.
It was informed that large quantity of foreign currency and other valuable items have been confiscated at various points between 9 to 15 December, 2022 period due to these strict measures.
The representatives of Pakistan Customs, FIA and Interior have updated the meeting on their progress and suggested pragmatic measures to curb the menace of smuggling.
The finance minister highlighted the necessity to stop the cross border smuggling of foreign currency and other valuable items affecting the economic growth in the country and expressed satisfaction on the progress of concerned agencies.
He further stressed upon the need of coordination among all the concerned agencies for this purpose and directed them to take comprehensive and combined action against those involved in the smuggling activities and currency speculation.
Dar directed the relevant authorities to speed up their operations to curb cross-border smuggling.
It was also decided that a regular review meeting on anti- smuggling operations will be held on weekly basis.
In conclusion, the participants thanked and appreciated the Finance Minister for taking appropriate and active measures for tackling the current economic situation and ensured their support for ensuring smooth and sustainable economic growth.