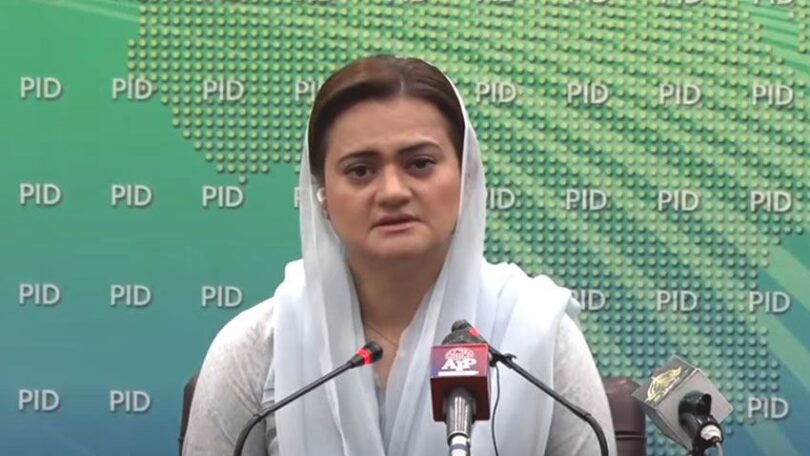 ISLAMABAD (APP): Minister for Information and Broadcasting Marriyum Aurangzeb said on Friday that the day of December 16 will always be remembered for the great sacrifices of the martyrs of Army Public School, Peshawar.
In her message on the 8th anniversary of APS martyrs, the minister said that martyrs of APS tragedy united the nation against terrorism.
She said despite the passage of eight years, even today the nation could not forget the tragedy of APS of 2014.
The minister said that cowardly evil elements attacked the future of the nation, the young children and martyred them.
“As a nation we have come a long way to defeat terrorism, we are moving towards lasting peace and development in Pakistan”, she remarked.
Marriyum Aurangzeb prayed to Allah Almighty to rest the departed souls of the martyrs of Army Public School in eternal peace and grant courage to the bereaved families to bear this loss with fortitude.
PML-N workers’ conventions in Kasur, Sheikhupura, Swat today
Minister for Information and Broadcasting Marriyum Aurangzeb said on Friday that Pakistan Muslim League (N) workers’ conventions will be held today in Kasur, Sheikhupura and Swat.
In a tweet, she said that Minister for Planning and Development Ahsan Iqbal, Minister for Railways Khawaja Saad Rafiq and Malik Ahmad Khan would address at Children’s Park, Khadian Khas at Kasur at 3 pm.
She said Federal Minister Mian Javed Latif would address the workers at Chitti Kothi, Sheikhupura at 4 pm.
Marriyum Aurangzeb said Prime Minister’s Adviser Amir Muqam will address the workers’ convention in Swat at 320 pm.