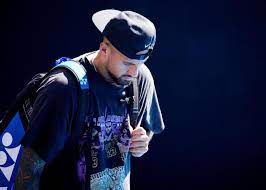 MELBOURNE (AFP): Nick Kyrgios pulled out injured from the Australian Open on Monday without hitting a ball, saying he was “devastated” to miss his home Grand Slam.

The talented but temperamental Australian, considered an outside chance of winning the title, had struggled with an ankle issue leading into the event.

But it was knee discomfort that forced the Wimbledon finalist out, a day before he was due to face Russian Roman Safiullin in the first round. He will require minor surgery.

Kyrgios was also planning to defend his doubles title alongside Thanasi Kokkinakis.

He joins a growing list of players to withdraw from the opening Grand Slam of the year, including men’s world number one Carlos Alcaraz and two-time women’s champion Naomi Osaka.

“I’m devastated, obviously,” he said at a hastily arranged press conference at Melbourne Park, describing the pain as a “constant throbbing”.

“I’ve had some great tournaments here, winning the doubles last year and playing the tennis of my life probably going into this event.

“I’m just exhausted from everything, and (it’s) obviously pretty brutal. One of the most important tournaments of my career. It hasn’t been easy at all,” he added.

“There’s a mixture of emotions… just bad timing, but that’s life. injuries are part of the sport.”

His physio Will Maher said a scan showed a cyst as a result of a small tear in his lateral meniscus, but it was not a career-threatening injury.

Kyrgios’s team used a charity match against Novak Djokovic on Friday to test out the injured knee and the Australian “didn’t pull up great”.

“He still tried to give himself every chance in the following days to have subsequent training,” said Maher. “But it was clear that with each passing session that he was getting sorer and sorer.

“I think we’ve made the sensible decision to withdraw him… we wanted to prevent him from having further injury or making that injury worse.”

Kyrgios will return home to Canberra for minor surgery and is expected to be fit for the Masters event at Indian Wells in early March.

On Saturday, the 27-year-old said that expectations he could go far at the opening Grand Slam of the year were stressful and made it hard to focus.

But the divisive Australian also said he was humbled to be in a position where people considered him in with a real shot of winning a first Grand Slam.

While his frequent tantrums have long overshadowed his talent, Kyrgios had a stellar 2022, making a barnstorming run to a first Grand Slam singles final at Wimbledon, before losing to Djokovic.

Coco Gauff raced into the second round of the Australian Open to set up a blockbuster clash with Emma Raducanu after a 6-1, 6-4 victory over Katerina Siniakova on Monday.

Former US Open champion Raducanu, who is unseeded at Melbourne Park, beat German Tamara Korpatsch, 6-3, 6-2, barely 10 days after exiting the Auckland event in tears with an ankle injury.

Gauff, 18, won in Auckland and said she could empathise with the pressure the young British star comes under ahead of their first meeting on tour.

“I talk to her (Raducanu) pretty much at all the tournaments,” seventh seed Gauff told reporters after breezing through in an hour and 15 minutes on Rod Laver Arena.

“Obviously I was a lot younger when I got the attention, so I definitely think handling it at an older age is a little bit easier than at 15.

“But also, at the same time, I didn’t win a Slam. I’m not British, and wasn’t the first British woman to do that in I don’t know how many years.

“I definitely can relate to bursting onto the scene and dealing with some pressure but I don’t think to that level.”

Raducanu, 20, who stunned the tennis world by emerging from qualifying to win the US Open in 2021 but has struggled on tour since, said she couldn’t wait to test herself against Gauff.

“I’m very up for it. Coco has obviously done a lot of great things and she’s playing well.

“I think we’re both good, young players, we’re both coming through —  part of the next generation of tennis really — it’s going to be a great match.”

The two young stars have never faced off before, but there is mutual respect, with both having emerged onto the world scene at an early age.

“I mean, I know her a fair bit,” said Raducanu. “Off the court, she’s really nice and friendly and really down-to-earth. Yeah, she’s cool.”

Gauff wasted no time Monday in stamping her authority on 46th-ranked Siniakova, breaking the Czech in the fourth and sixth games to take the opening set 6-1 in 22 minutes.

She had to work much harder in the second set, breaking back immediately after going 4-2 down and then again for a 5-4 lead.

She secured the match in an hour and 15 minutes on her seventh match point after a final game that lasted more than 10 minutes.

Gauff would become the youngest Australian Open champion since 16-year-old Martina Hingis in 1997 if she lifts the winner’s Daphne Akhurst Cup on January 28.