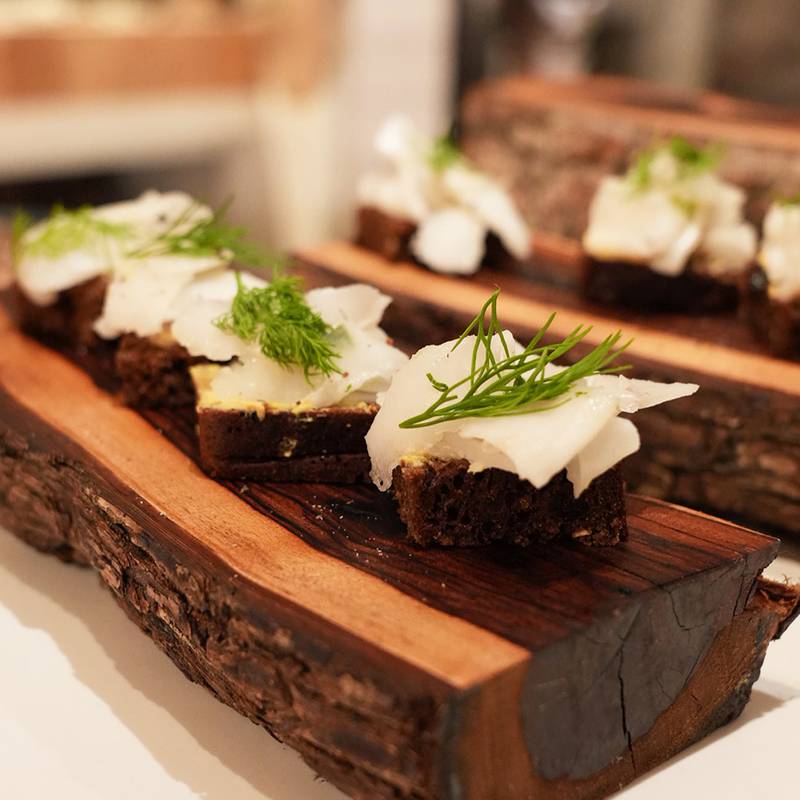 It may surprise you that the UAE did not have a dedicated Ukrainian restaurant before, even though it features in a smattering of spots that serve Russian, Eastern European and Central Asian cuisines.

But now, diners in the UAE can experience a real taste of Ukrainian hospitality, as well as the country’s food.

Billed as “the UAE’s first dine-in Ukrainian restaurant”, Yoy — which is an exclamation in the East Slavic language meaning “wow” — specialises in dishes created using fire-cooking techniques — think smoking, grilling and flame-frying, all of it done on the pich, a wood-burning stove that is used for both cooking and warmth, and is considered the heart of traditional Ukrainian homes.

What to expect and where to sit

The first thing that strikes is how breezy the restaurant is, inside and out. On the first floor of The Pointe, Palm Jumeirah, on the western side of the development, the outdoor balcony seating offers an expansive view of the water and the colourful Palm Fountain. The long indoor hall is decidedly unrestaurant-like at first glance.

A nod to the traditional Ukrainian home, it features plenty of wood and hand-made clay pitchers filled with dried flowers, all in a palette of mostly cream, white and beige. Tables are laid end-to-end along the length of the hall, the seats often covered by comforting rugs.

The Scandinavian concept of hygge is what comes to mind — the rustic and cosy hall is reminiscent of home and community more than a public dining spot. At the entrance, a huge pitcher of sunflowers, the country’s national flower, greet you. Next to it is an accent lamp inspired by the same flower, its circular shade with a pearl-like bulb that moves as sunflowers do to follow the sun during the course of the day.

But it’s the staff’s traditional vyshyvanka dresses and tunics, with their distinct cross-stitch patterns, that are the most eye-catching, and they bring a cheery and authentic touch to the venue.

The restaurant offers a variety of traditional Ukrainian foods with a modern twist, and the menu is sufficiently intriguing. There are well-known items such as borscht and chicken Kyiv, as well as unfamiliar ones, such as pickled herring Dubaika (customised for Dubai), mitten (a charred celery, mushroom and burnt corn sauce starter) and banosh (the traditional porridge of the Gutsul people, made from corn, brynza cheese and mushrooms).

My dining partner is Ukrainian and thrilled to sample a taste of home, which she hasn’t been back to for more than a year owing to the war. For me, it’s an opportunity to gauge the authenticity of the fare by someone who actually knows it.

The appetisers — Ukrainian canape (Dh45) and pampushka bread with sour cream, which is also an accompaniment to the main borscht (Dh75) — arrive. The former is traditionally topped with pork, but the vegan replacement of a coconut lard on rye bread surprisingly has the same taste and texture as the meat.

Ukrainian borscht is recognised on Unesco’s Intangible Cultural Heritage list. Yoy’s is unlike any Eastern European version I have tried. It is a soothing beetroot soup with beef chunks, cabbage and root vegetables. My dining partner suggests mixing some of the pampushka’s sour cream into the broth to give it more body and texture.

The dressed-up herring (Dh57) is listed as a salad but is big enough for a main. The creamy marinated pickled Dunaika fish is cooked in layers of vegetables and home-made mayo, covered by a beetroot glaze.

The Poltava galushka dumplings with duck stuffing (Dh89) have a very bao-like consistency, topped with a pureed pumpkin sauce, a light foam and small, glazed Semerenko apples. With this dish, the cuisine’s penchant for combining varied flavours and ingredients comes to the fore.

Dessert is a very satisfying red varenyky (Dh65), or dumplings, with cherry coulis and sour cream, not too sweet or rich and surprisingly light, to finish off a heavy meal.

My dining partner’s favourite is the borscht, featuring one of the most popular vegetables in the country’s cuisine: beetroot. The hearty soup, she says, reminds her of winter evenings in Ukraine, where the hot broth provides both warmth and nutrition.

For me, the herring salad, with its creamy layers of vegetables covered with the beetroot glaze, proves both an unusual and appetising dish. It’s one of the most offbeat creations I’ve had, offering the comforting familiarity of a fish pie, but with Ukrainian flavours.

The soft but flavourful pampushka bread is also a standout, though it’s only a side, but paired with the sour cream with garlic and dill, it becomes the one item we keep going back to throughout the meal.

A chat with the chef

Executive chef Michael Berehovyi says the restaurant’s remit was to offer traditional Ukrainian dishes, prepared in a home-made manner, with the owners distinctly wanting to stay clear of fancy fine-dining-style food. “The beetroot borscht, in particular, is typical of the cuisine from back home, and is inspired by my grandmother’s own borscht recipe. She used to say that if it is not the colour of blood, it is not borscht,” says Berehovyi.

“The whole idea is to give diners a taste of home through very simple but authentic recipes and flavours. We’ve tried to enhance the experience through touches like serving uzvar, the national Ukrainian beverage made of stewed dried fruits and berries collected in the summer, dried in the autumn and prepared in the winter for a hearty drink.”

For a restaurant and menu that painstakingly creates authentic details and food, and for its location, Yoy is competitively priced, offering something at every price point.