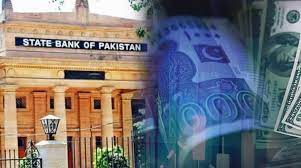 F.P. Report
ISLAMABAD: The Federation of Pakistan Chambers of Commerce & Industry’s Businessmen Panel (BMP) has warned that economy is presently facing one of its worst crisis as foreign exchange reserves held by the central bank has fallen to a highly critical level of $4.5 billion after Pakistan paid back more than $1 billion loans, hardly enough to finance less than one month of import.
FPCCI former president and BMP Chairman Mian Anjum Nisar expressed the fear the number is likely to drop further amid debt repayment obligations of more than $8 billion in the first quarter of 2023.
According to reports, repayments of $600 million and $415 million have been made to two Dubai-based commercial banks, and after the loans repayments Pakistan will be left with less than 25 days of import cover.
FPCCI former president observed that the country has been reeling from economic distress amid fast-depleting foreign exchange reserves, weakening rupee, and worsening macroeconomic cues, as the gap between inter-bank and open-market US dollar rates has widened by over Rs24, highlighting the difference in how the greenback is being valued in two formal marketplaces in Pakistan.
The customers are being charged Rs50-60 to the US dollar for a transaction when the closing inter-bank rate was quoted by the State Bank at Rs226 — a massive gap of Rs30.
Mian Anjum Nisar said that the current economic situation in Pakistan, marred by rapidly-depleting foreign exchange reserves, has also forced commercial banks to be selective in opening LCs even for sectors such as healthcare, as it has been unable to open Letters of Credit (LCs) as per its usual banking cycle.
He lamented that the economists foresee an imminent humanitarian and healthcare crisis in Pakistan unless prompt actions are taken by the State Bank of Pakistan, Ministry of Finance and other institutions to avert the disaster.
The BMP Chairman said that at the same time, the country has failed to secure much-needed funding from friendly nations and struggled to restart its International Monetary Fund bailout program.
The struggle has left policymakers in Pakistan scrambling to arrange foreign exchange amid heightened worries over the country’s economic health.
Moreover, market rumors of a possible default by Pakistan are also making rounds but the government remains optimistic that Saudi Arabia will offer crucial support for foreign exchange reserves.
The FPCCI former president said that the currency market continued to stay engulfed in a massive dollar shortage, as customers struggled to get their hands on the greenback. Dollars are not available in the market as the economic situation remains vulnerable, while foreign exchange reserves remain low. However, there is no shortage of other currencies, as UAE dirhams, Euros, and Saudi Riyals remained readily available at the counters of various Exchange Companies.
The shortage comes at a time when the rupee, according to the State Bank of Pakistan, has remained largely stable in the inter-bank market, hovering around Rs225-226 for almost a week. The spread, which at times of stability hovers between Rs1-3, has now reached Rs7-9. However, there is another simultaneous prevalence of an informal or grey market, where actual transactions are taking place, as the rates being quoted even in the open market vary significantly from the rates being actually offered.
At the same time, the US dollar is being traded at Rs250 in the grey market, as the spread between the inter-bank and open market has also widened because of the shortage while the smuggling of dollars to neighboring countries remains rampant, leading to a high leakage, he said.
Pakistan’s external risk remains very high, as reserves have fallen to a 4-year low. The rupee needs to fall in order to reduce the existing spread — this would direct customers back towards the formal channels, he said. Moreover, stringent border control measures need to be implemented to curb smuggling, he said.
Pakistan is currently in the midst of a financial crunch with policymakers running from pillar to post to secure additional funds for a country reeling from flood disaster. Authorities in Islamabad and the International Monetary Fund (IMF) are also engaged in discussions over the 9th review of the Extended Fund Facility, despite the fact that the government’s domestic debt rose by 6 percent during the first five months of this fiscal year.
For the past one year, the country is facing a serious financial crunch that forced the federal government to obtain fresh loans from domestic, as well as, from external resources to meet its financial needs.
Total domestic debt stocks reached historical level of Rs 32.929 trillion at the end of Nov 22 compared to Rs 31.037 trillion in June 22, depicting an increase of Rs 1.9 trillion. Year on Year basis, the country’s total debt surged by 23 percent or Rs 6 trillion, as it was Rs 26.827 trillion in Nov 21. Within domestic sources, the government mainly relied on commercial banks to adhere to its commitment of zero fresh borrowing from SBP in line with the SBP Act.