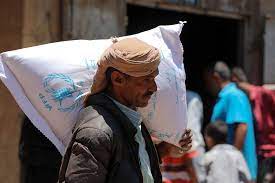 In the conclusions the EU reaffirms its principled commitment to the unity, sovereignty, independence and territorial integrity of Yemen, and its full support to the UN peace efforts and United Nations Special Envoy Hans Grundberg in his mediation efforts. The EU urges the Houthis to abandon maximalist positions and engage constructively with the UNSE Grundberg. The Council also stresses the utmost importance of reinstating and further extending the truce.

Recalling its previous Council Conclusions on Yemen of 2018 and 2019, the EU follows closely and with great concern the developments in the country amidst the continuing stalemate in the political situation. Since the last Council Conclusions, the EU’s engagement with Yemen has both broadened and deepened. The EU and its institutions are key actors in the international support for UN peace efforts, as well as in humanitarian affairs.

The EU reaffirms its principled commitment to the unity, sovereignty, independence and territorial integrity of Yemen, and to supporting UN peace efforts and United Nations Special Envoy Hans Grundberg (UNSE) in mediation efforts. This includes the close coordination between the UN Special Envoy, EU institutions and the EU Member States. The impact of EU engagement is further enhanced through representation in key international formats on Yemen and cooperation with core regional and international partners. The EU supports President Rashad Al Alimi and the unity of the Presidential Leadership Council (PLC).

Recalling the Council Conclusions on the Joint Communication on “A Strategic Partnership with the Gulf” of 20 June 20221, the EU affirms the relevance of Yemen in the context of building a strategic partnership with the countries in the Gulf region, including in the areas of global humanitarian and development needs, and global and regional security challenges. Promoting peace and stability, including maritime security, and achieving de-escalation of tensions in the wider Gulf region, are priorities for the European Union.  The EU further affirms its ambition to engage in deepened dialogue and coordination with regional actors in order to promote regional security and stability. Considering the impact of the Yemeni conflict on regional security and stability, the EU calls on international and regional actors to engage constructively with the Yemeni parties and commends the efforts of the Gulf Cooperation Council (GCC) and of neighbouring countries in support of the peace efforts in Yemen.

The EU’s engagement with Yemen is linked to core interests and commitments of the EU, including: supporting peace and a rules-based international order; the humanitarian imperative to support the people of Yemen; the implementation of the Women, Peace and Security Agenda across the globe; the importance of Yemen for key sea-based supply lines of energy and other commodities, the objective to ensure the security and stability of the Gulf region as well as the Red Sea and the Horn of Africa; and the need to prevent further proliferation of terrorist organisations.

The EU stresses the need to respond to the humanitarian imperative in supporting the people of Yemen. The international response remains largely underfunded, this includes the provision of humanitarian relief and supporting development in Yemen. The EU is also committed to scaling up development assistance, in line with the peace process, and further contributing to rebuilding the Yemeni economy once a durable political solution to the conflict is reached.  An additional focus on women and girls will be crucial.

The EU reaffirms its commitment to a UN-led peace process and an inclusive settlement.Although 2022 brought forward expectations for initiating a peace process on the basis of the truce negotiated by the UNSE, the EU deplores that this has not yet materialised.  The EU commends the constructive approach of the Yemeni government during the truce and ongoing efforts by regional actors, notably by Saudi Arabia and also Oman, on the extension of the truce.  The EU reiterates its strong support for the UNSE Hans Grundberg and calls on the parties to continue engaging constructively with him.  Efforts need to be directed towards a sustainable ceasefire and require support for the UNSE’s proposals for a three-track framework process (political, security and economic) to achieve a just and inclusive settlement for the conflict in Yemen, with the full, meaningful and equal political participation of women at all levels.  The EU’s support is based on an integrated approach, covering all tracks, and focusing on support and coordination for mediation as well as initiatives for dialogue and ceasefire.

The EU urges the Houthis to abandon maximalist positions and engage constructively with the UNSE, and stresses the importance of reinstating and further extending the truce, as well as maintaining and expanding all accompanying measures, including the reopening of roads in Taez and other governorates, fuel shipments entering Hodeidah port and commercial flights in and out of Sana’a.

Alarmed by the 2 October expiry of the truce agreed by the parties on 2 April 2022 and strongly condemning the repeated Houthis’ drone attacks on port infrastructure in Yemen starting with the attack against Al-Dabba port on 21 October, the EU urges in particular the Houthis to heed the UNSE’s call for calm and restraint while negotiations continue for a renewal and extension of the truce. All attacks must stop. Attacks or threats of attacks on civilian infrastructure such as oil company installations and commercial shipping operating in the region are unacceptable, including with a view to the importance of maritime security.  The UNSC, which embodies the international community on matters of peace and security, labelled the attack on 21 October a terrorist attack.  The EU reiterates its concern about the proliferation of sophisticated missile and drone technology in the region.

The EU will continue to support the international Working Group on Cessation of Hostilities that brings together the UN, EU Member States, the US and other international partners, as well as the UNSE-requested coordination mechanism between Track II mediation actors., It is essential to support the full, meaningful and equal political participation of women at all levels for inclusive negotiations involving all parties concerned, including civil society, women and youth.

The EU is committed to the territorial integrity of Yemen and the need for an inclusive settlement, supports the efforts of President Al-Alimi, and calls on all parties, including the Southern Transitional Council, to recognise the fundamental importance of the PLC’s unity for a lasting peace in Yemen.

In a broader context, the EU welcomed Yemen’s positive votes in the UN General Assembly condemning Russia’s aggression against Ukraine and underlining the importance of its continued support to Ukraine’s territorial integrity and to the protection of an international rules-based order at multilateral fora.

The EU calls on the parties to the conflict to refrain from any hostilities and fully respect international humanitarian law. The EU urges the parties to release children recruited by armed forces and to cooperate with the UN and other humanitarian organisations for reintegration into their communities. The parties must ensure the full and proper protection of civilians, especially women and children and persons belonging to minorities, including religious minorities, as well as migrants, asylum seekers, internally displaced persons and refugees in Yemen.

The EU remains extremely concerned about the catastrophic humanitarian situation in Yemen, where over 70% of the population require humanitarian assistance and over half of the population is facing acute food insecurity. The EU calls on the parties to ensure full, safe, rapid and unhindered access of humanitarian supplies and personnel, in accordance with international humanitarian law and humanitarian principles, without discrimination to all people in need, including those with disabilities, in all affected governorates.  The EU calls for the immediate lifting of major administrative and bureaucratic restrictions across the country, limiting humanitarian access and development activities, as well as the release of current and former international and local staff of humanitarian organisations Further restrictions, such as the so-called Mahram, imposed especially by the Houthis on female aid workers are unacceptable.

The EU is concerned by the effects of Russia’s aggression against Ukraine on Yemen as regards food security, and is seeking solutions to alleviate the impact of this war on the integrity of food supply chains and global production capacity. Despite new humanitarian needs in Europe in the aftermath of Russia’s war of aggression of Ukraine, the EU will increase its humanitarian support to Yemen for 2022 and 2023. Since the beginning of the conflict in Yemen, the EU has contributed with over EUR 1.3 billion of assistance and remains concerned with the dire humanitarian situation in the country.

A key driver of humanitarian needs in Yemen today is the state of the economy, for which a structural and long-term approach is needed. The EU calls on the parties and on national, regional and international actors to address the dire economic situation in Yemen and remains ready and committed to supporting economic elements of the peace efforts and long-term recovery.

The EU emphasises the need for continued independent and impartial human rights monitoring and documentation of serious violations and the full integration of accountability and transitional justice in the peace process, recalling the crucial role of women. It calls on the Yemeni parties, countries in the region and the wider international community to keep this issue on the agenda and continue exploring options to establish an independent mechanism to prevent and address impunity for human rights violations and abuses to avoid further suffering of the Yemeni people.  The EU calls on the parties to prevent conflict-related sexual violence and adopt commitments to hold perpetrators accountable.

The EU calls on all actors, in particular on the Houthis, to release abductees and all persons held unlawfully or arbitrarily. Acts of torture, sexual and gender-based violence, including against human rights defenders and journalists, must come to an end. The EU also appeals to the Government of Yemen and the Houthiso proceed with further prisoner exchanges.

The EU reiterates its full support for the United Nations Verification and Inspection Mechanism for Yemen (UNVIM), will continue its financial contributions, and encourages other donors to also provide support. The EU calls on the Government of Yemen and the coalition to support UNVIM to carry its operational inspection and verification activities in Hodeidah, Jeddah, and King Abdullah Port.

The EU welcomes that adequate funding for the start of Phase 1 for a solution to the threats posed by the FSO SAFER tanker has been secured. The EU supports the UN-led efforts to implement the agreed solution.  The EU urges the United Nations to intensify its efforts to execute the plan.  Until then, due consideration should also be given to contingency planning in the event of a leak, fire or explosion, as environmental hazards can have potentially disastrous consequences.

Maritime security has a strong impact on international maritime trade.  The EU is ready to step up its efforts to build confidence and promote maritime safety and security in the wider Gulf region and the Red Sea.  EUNAVFOR Operation Atalanta and the implementation of the Coordinated Maritime Presences concept in the North Western Indian Ocean, as well as enhanced cooperation and coordination with the ongoing European-led Maritime Awareness in the Strait of Hormuz initiative (EMASOH), complementing each other, will contribute to this.