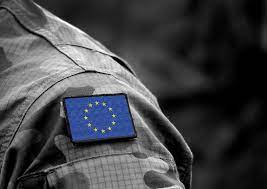 BRUSSELS: The Council today reached a political agreement with a view to ensuring the financial sustainability of the European Peace Facility (EPF).

“Today’s decision will ensure that we have the funding to continue delivering concrete military support to our partners’ armed forces. In less than two years, the European Peace Facility has proven its worth. It has completely changed the way we support our partners on defence. It makes the EU and its partners stronger.”

The agreement will be formalised in early 2023, when the High Representative will present a proposal for an amendment to Council Decision (CFSP) 2021/509.

This decision sends a clear political signal of the EU’s enduring commitment to military support for Ukraine and other partners alike.

Background and next steps

The European Peace Facility was established in March 2021 to finance all common foreign and security policy (CFSP) actions relating to military and defence matters, with the aim of preventing conflict, preserving peace and strengthening international security and stability. In particular, the European Peace Facility allows the EU to finance actions designed to strengthen the capacities of non-EU countries and regional and international organisations in relation to military and defence matters.

The EPF is an off-budget instrument and has an overall financial ceiling of €5 billion in 2018 prices for the period 2021-2027, with annual ceilings that range from €420 million in 2021 to €1.132 billion in 2027. Contributions by Member States are determined based on a gross national income (GNI) distribution key.

Thanks to the EPF, the EU has been supporting the Ukrainian Armed Forces through six successive support packages so far, as well as many other countries such as: Mozambique, Georgia, the Republic of Moldova, the Republic of Mali, Somalia, Niger, Bosnia and Herzegovina, Lebanon and Mauritania, as well as military components of African-led Peace Support Operations and multinational units such as the Balkan Medical Task Force.

As a result, 86% of the overall financial ceiling for 2021-2027 has already been committed in 2022, which made a first increase necessary.