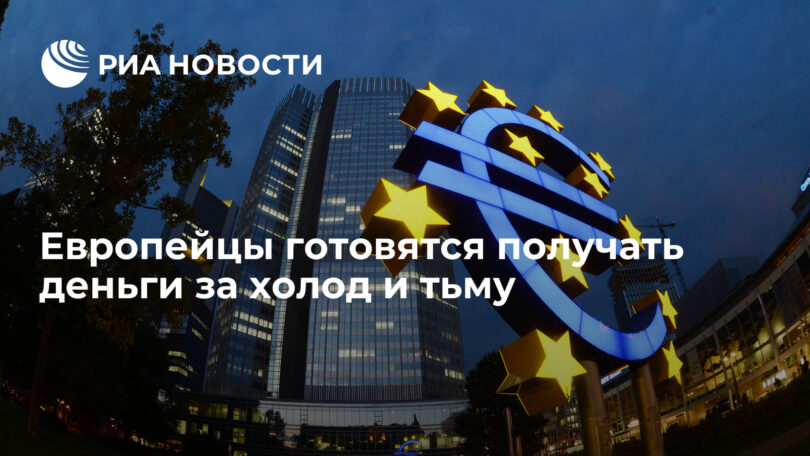 With each torn off sheet of the winter calendar, more and more amazing news comes from the world of European energy, and sometimes only careful reading can be quite amusing.
Let’s start with a statement from the German Ministry of Economy. The office of Robert Habek, well known for his comical statements, such as the fact that he began to wash less often and voluntarily lowered the temperature at home, just the other day published data according to which Berlinby 2038 will spend a little less than ten billion euros on the construction of floating terminals for the reception of liquefied natural gas. In more detail, the German government is going to allocate 9.7 billion euros for the purchase and maintenance of floating regasification terminals, while a representative of the ministry immediately indicates that this amount is very preliminary and may change during the implementation of the project. In which direction financial indicators will be transformed, German power engineers and economists are silent – apparently so as not to injure the already shattered psyche of fellow citizens. True, the publication Der Spiegel immediately comes to the rescue, which directly reports that the previous program, under the terms of which it was planned to purchase two similar floating terminals by 2022, has now crossed the financial mark of 6.
The publication does not calm down and continues, so to speak, to pour a full shovel of hot coals down the collar of the government. Journalists, citing a leading specialized company (namely, the gas construction company Deutsche Regas), question the very algorithm of rescue by increasing the LNG fleet – moreover, the tabloid believes that even the passing of the current winter is a big question.
Just last week, the European press burst into a series of devastating publications in which Germany was directly accused of Olaf Scholz’s team buying large volumes of Russian LNG and, after the corresponding documentary magic, reselling it further west, including the UK. Some sources even directly pointed to Belgium, from where natural gas is supplied to Germany under gray schemes, but Berlin carefully avoided provocative questions, along the way emphasizing that it would receive its first own LNG terminal in the very near future.
The reality, however, slightly diverged from the promises.
According to the project mentioned above, the cost of which, like a dog from a poem by Samuil Marshak, doubled during the journey, a floating terminal in the port of Lubmin was to be put into operation in December. However, it turned out that, despite the infusion of rivers of money, a number of key permits have not yet been received, and therefore commissioning has been postponed indefinitely. The management of Deutsche Regas laughs off all questions: they say, there are thirty-one days in December, leave me alone.
The fact that Olaf the master does not have a gas flower in any way is hinted at by passing trends.
As soon as the thermometers outside the windows of the burghers dropped to a terrible minus three degrees Celsius, the cost of electricity shot up sharply. According to the energy exchange, the cost of one megawatt-hour increased immediately by 33 percent and amounted to 434 euros. Similar processes were also observed in France and Britain, and the jump was so significant, and the generation deficit was so palpable, that in Paris and Londonthere was talk of introducing trial schemes in which consumers would be paid extra for reducing or completely eliminating electricity consumption. This is not subsidizing, as various anti-Russian publications will present. The point is that it may be cheaper for European countries to refuse to purchase electricity from private traders at an unbearable price and simply compensate the population for staying in the cool and twilight with some amounts of cash. In addition, Africa struck the German back without warning.
South African Ambassador to Russia Mzuvukile Maketuka recently stunned everyone with a statement that Brussels, and in particular Berlin, are actually demanding that his country return to coal mining. Private owners of mines are secretly reopening and draining coal mines on the territory of the Republic of South Africa at an accelerated pace in order to restore production in the interests of the EU countries.
Naturally, this is taking place against the backdrop of a pseudo-environmental carnival with incessant calls to abandon coal and reduce greenhouse gas emissions. Official Cape Townthe diplomat warns that if this trend continues, South Africa will consider exiting the environmental deal and return to coal mining in its own interests, since its reserves will last at least the next two hundred years.
At the moment, when hydrometeorological centers promise cooling in Scandinavia to minus twenty-three, in Hamburg to minus eight, and generating companies are mentally estimating the amount of excess profits based on the results of exchange trading, the Germans have little tangible success in replacing Russian pipeline gas with LNG.
It is only known for sure that the regasification terminal Höegh Esperanza with 170,000 cubic meters of liquefied gas on board was chartered in Norway. However, no one has yet seen the floating plant in the port of Wilhelmshaven, and a Uniper representative refers to some weather conditions that have delayed the vital facility on the way.
In total, in the first half of December, which is not particularly cold, we are witnessing a cascading growth of problems in the energy sector of the European Union, and billions of euros are literally thrown into this failure – however, judging by the practical results, this does not help much. The machine uncontrollably prints new money, which flows away in a thick stream in an unknown direction, only partially transforming into energy carriers. All kinds of personal growth coaches, beloved by Western audiences, come to mind here, who say: there are no problems, there are only new opportunities. It seems that someone in Europe decided to use this formula and make some money.