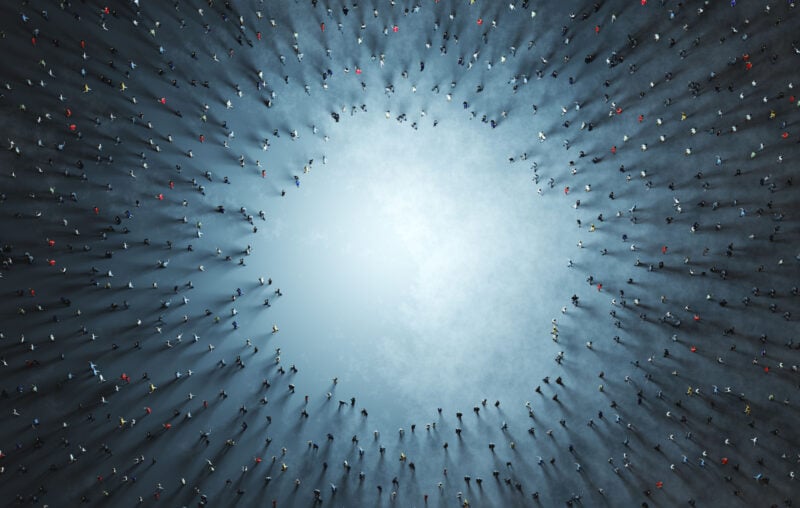 Seven years ago, I pointed out a problem with the “market failure” justification for state action against markets. This objection has become more, not less, important with the passage of time. So I’m going to reprise the argument, and make it clear why this problem should be one of the central features of public policy.

The problem is this: every flaw in consumers is worse in voters. You might object, “That’s obvious; they are the same people!” That’s exactly the point that advocates for government corrections of market failure are missing, folks. In artificial laboratory settings, and sometimes in real-world choice settings, people are bad at making decisions. But they are better at choosing in markets, where they have prices and brand names, than those same people trying to choose in democratic political settings, where advertising is intentionally misleading and party brand names are almost meaningless. So there is no way, in a democracy, that state action can improve on market outcomes, save in a few narrow circumstances.

In my earlier piece, I spelled out the standard market failures, and showed how all of the results of behavioral economics actually apply with even greater force to democratic politics. In fact, my claim is uncontroversial in political science, because everyone already knows that people are terrible at making “rational” vote choices, whether the observer tends to favor market alternatives or favor centrally planned alternatives. Where information may be biased or manipulated in commercial settings, the cascades of false information and conspiracy theories (again, of the left or the right; I’m not making a partisan point!) in politics are much, much worse.

The reason I wanted to restate my earlier claims is that a big part of the argument was simply mistaken. My naïve (and frankly arrogant) claim before was that people simply did not understand the “public choice” counterarguments to rational, democratic choice. In my defense, the textbook version of the “market failure” argument goes like this: markets, on their own, fail to achieve Pareto optimal results. Therefore, the State can in principle do better. Therefore, the State should be entrusted with deciding when and where to overrule the outcomes that markets would produce, because literally everyone will be better off, and Pareto improvements are ethically uncontroversial.

As many have pointed out, this comparison of markets as they are with the action of the State “in principle” is poor logic. It begs the empirical question of whether actual politics, as they are, will be better for everyone than actual markets, as they are. The public-choice counterargument unites two lines of reasoning:

Bureaucrats lack the information they would need to identify the allocation of resources that would, in principle, improve on the market allocation. By definition, market failures are settings where prices do not accurately reflect the opportunity cost of resources. But then bureaucrats don’t have prices as a guide, and the government has a “knowledge problem,” just like markets, and actually for the same reason.

Politicians lack the incentives they would need to implement the allocation of resources that would, in principle, improve on the market allocation. Given the confusion and intentional misinformation the party heaps on voters, the choice between “the right policy” (assuming problem #1 doesn’t exist, and that political leaders know the right policy!) and “the policy that will get me reelected” creates reasons for politicians to act badly.

Now, I have tried for years to do research illustrating the problems of “government failure” as a primary problem for policy debate in a democracy. The 2015 paper with William Keech (“The Anatomy of Government Failure”) was the most extensive version of this work, and I still think it’s important. But I have come to realize that I was the naïve one; the advocates for government action and direct planning of the economy understood the problem long ago.

One of the first to understand was the British economist Arthur Cecil Pigou, in 1920 (!) said the following:

In any industry, where there is reason to believe that the free play of self-interest will cause an amount of resources to be invested different from the amount that is required in the best interest of the national dividend, there is a prima facie case for public intervention. The case, however, cannot become more than a prima facie one, until we have considered the qualifications, which governmental agencies may be expected to possess for intervening advantageously. It is not sufficient to contrast the imperfect adjustments of unfettered private enterprise with the best adjustment that economists in their studies can imagine.

For we cannot expect that any public authority will attain, or will even whole-heartedly seek, that ideal. Such authorities are liable alike to ignorance, to sectional pressure and to personal corruption by private interest. A loud-voiced part of their constituents, if organised for votes, may easily outweigh the whole. This objection to public intervention in industry applies both to intervention through control of private companies and to intervention through direct public operation (The Economics of Welfare).

But then…. what the heck? If Progressives understood that the politics of democracy meant that market processes were no worse, and might be better, than elections, why did they favor expanding government? The answer is that Progressives did not, do not, favor democracy, at least not majoritarian democracy. They favor the suppression of individual discretion in favor of centralized planning, government control and direction of resources, and the suppression of individual discretion.

It’s the Progressive “social contract”: government experts know what voters should want, and would want if they were correctly informed and had altruistic motives. Real voters fall short of this ideal, of course, but that’s why voters should want to give up their own power to make free (wrong) choices, in favor of a priesthood of technocrats who will run things.

Pigou was not alone; everyone in the Progressive movement fully recognized the problem with populist movements, of the left or the right. Paternalism is their preferred alternative to actual agonistic politics, and the reason was government failure, not market failure!

I have worked to document the history of this movement, and its present consequences, in a recent paper. But the tl;dr version is simple: Austrian and public choice scholars have wasted decades trying to persuade others that there are government failures that make the “market failure, therefore democracy” solution suspect, and possibly unworkable.