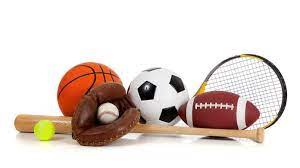 ISLAMABAD: The export of sports goods from the country witnessed an increase of 29.36 percent during the first five months of the current financial year (2022-23) as compared to the export of corresponding months of last year.

The gloves exports however dropped by 2.73 percent by going down from the US $31.724 million last year to US $30.857 million during the current year, the PBS data revealed.

Meanwhile, year-on-year basis the sports goods export witnessed an increase of 18.85 percent in November 2022 as compared with the export of the same month of last year.

The sports goods exports in November 2022 were recorded at $35.458 million against exports of $29.835 million in November 2021.
During the period under review, the footballs export increase by 52.52 percent whereas the exports of gloves and all other sports product however dipped by 14.52 and 4.74 percent respectively.

Meanwhile, on month-on-month basis, the exports of sports goods decreased by 4.19 percent during November 2022, as compared to the exports of $37.007 million in October 2022, the PBS data revealed.

It is pertinent to mention here that during the first five months of the current fiscal year, the merchandise trade deficit witnessed a decline of 30.14 percent and was recorded at $ 14,406 million this year against the deficit of $ 20,621 million last year.

On the other hand, the imports of the country decreased by 20.15 percent during the period under review by going down from $ 32,983 million last year to $ 26,338 million during the current year. (APP)