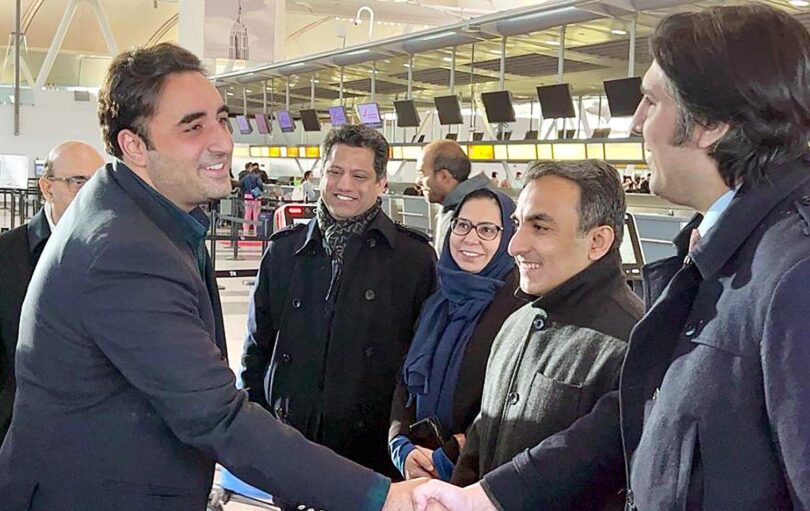 NEW YORK (APP): Foreign Minister Pakistan Bilawal Bhutto Zardari on Tuesday arrived New York to host a special Ministerial meeting of the G-77 and China at the United Nations Headquarters. On 15-16 December, the foreign minister will host and chair the conference of the G-77 and China, the largest negotiating bloc of developing countries within the UN system.
The agenda of the conference includes a discussion on multiple challenges faced by developing countries in attaining sustainable development goals (SDGs) in the face of the Covid-19 pandemic, climate-induced disasters, and geopolitical developments. The foreign minister is undertaking an official visit to the United States from 14 to 21 December. The foreign minister’s program includes multiple multilateral and bilateral engagements in New York and Washington DC, the foreign office spokesperson said in an earlier press release.
The foreign minister will meet with UN Secretary-General Antonio Guterres and participate in a high-level debate at the UN Security Council on the theme of “Maintenance of International Peace and Security: New Orientation for Reformed Multilateralism” to be held on 14 December.
He will travel to Washington DC on 19 December where he would hold meetings with high-level government officials, congressional leaders, Pakistani-American businessmen, and community members. He will also engage with the think tanks and the media.
“During his official meetings, bilateral and regional issues of mutual interest will be discussed to carry forward the momentum in Pakistan-US bilateral relations, particularly in areas of trade, investment, climate resilience and economic development,” it was further added. The foreign minister will also share Pakistan’s perspective on climate change, and sensitize his interlocutors on the colossal damage inflicted by climate-induced floods in Pakistan and the post-flood reconstruction and rehabilitation plan of the government of Pakistan.