When the initial wave of Covid prevented indoor gatherings in most countries around the world, many cities responded by quickly reimagining what life could look like outside. Some introduced pedestrian-only streets, turned parking spots into pop-up restaurants and added more bike lanes – transforming once car-filled areas into walking- and cycling-friendly spots.

The changes paid dividends, not just in increased economic activity, but studies also showed the virus may spread less quickly in highly walkable neighbourhoods. And while many places have now rolled back these initiatives as life returns to the new normal, some cities have held fast to their pedestrian improvements and have been pushing for even more car-free spaces.

We’re profiling four cities around the world that made some of the boldest and fastest pedestrian-friendly changes during the pandemic – and are keeping many of those initiatives to encourage residents and visitors to get around on foot. 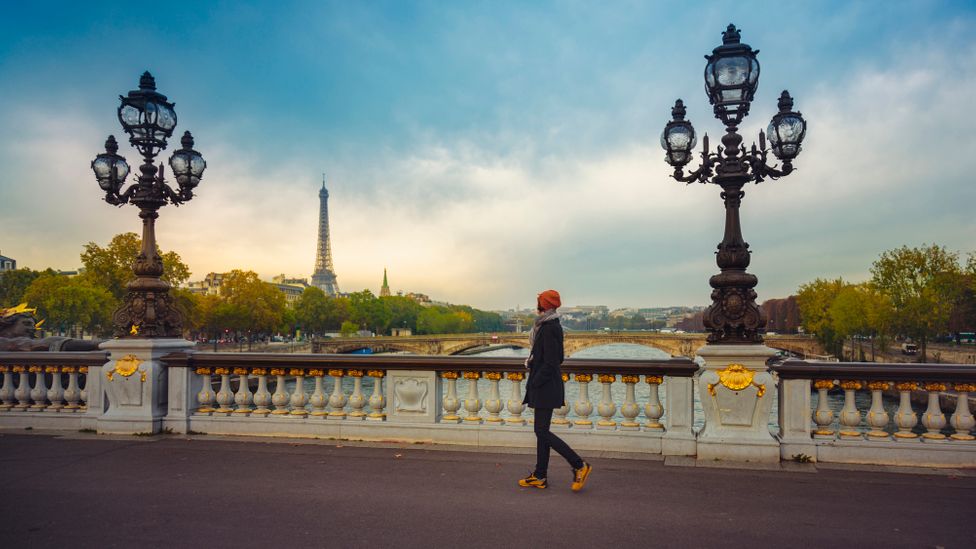 Even before the pandemic, Paris had a head start in becoming more pedestrian-friendly. As part of a city-wide effort to reduce the number of cars, the lower quays that run along the Seine river were fully pedestrianised in late 2016, a move that was made permanent in 2018. In 2020, Mayor Anne Hidalgo was re-elected in part due to her support of the “15-minute city”: a new urban planning concept that allows residents to complete all their daily tasks – from shopping to schooling to work – within the distance of a 15-minute walk or bike ride.

I’ve lived in Paris for 14 years, and I can confidently say that I’ve never seen a greater, city-wide transformation than the one that’s happened most recently to encourage cyclists

The pandemic, paired with numerous public-transportation strikes prior to lockdown, only strengthened the popularity of these human-centric and environmentally sustainable initiatives. “The beauty of getting around by foot in Paris is highlighted more since Covid,” said Kathleen Peddicord, founder of Live and Invest Overseas. “Public transportation was a no-go for a long time and was also more uncomfortable having to wear masks. So, more people started using their feet.”

Additional bike lanes have also been introduced to alleviate car traffic. In fact, the city plans to add an additional 180km of bike lanes and 180,000 bike parking spots by 2026.

“I’ve lived in Paris for 14 years, and I can confidently say that I’ve never seen a greater, city-wide transformation than the one that’s happened most recently to encourage cyclists,” said Sadie Sumner, who runs the Paris branch of bike touring company Fat Tire Tours.

Major throughways like the Rue de Rivoli in central Paris have been reduced to one lane, while cyclist paths have been expanded to the width of three car lanes.

The city also plans to plant 170,000 trees by 2026, with the intention of cooling Paris to make it more comfortable and enjoyable for pedestrians. In anticipation of the city’s hosting of the 2024 Olympics, the bridge between the Eiffel Tower and Trocadero will be fully pedestrianised, too.

Overall, residents have appreciated the widespread changes, and look forward to even more. “The locals really like it, there are less cars and people seem to be a bit more relaxed,” said Paris native Roobens Fils, who blogs at Been Around the Globe. He had suggestions for walking-minded travellers: the Parc Rives de Seine, a 7km-long stretch by the river; rue Montorgueuil in the heart of Paris for its cheese, wine and flower shops; rue Saint Rustique in Montmartre for its ancient cobblestones (this is the oldest street in Paris); and Cour Saint Emilion for its boutiques, cafes and restaurants. 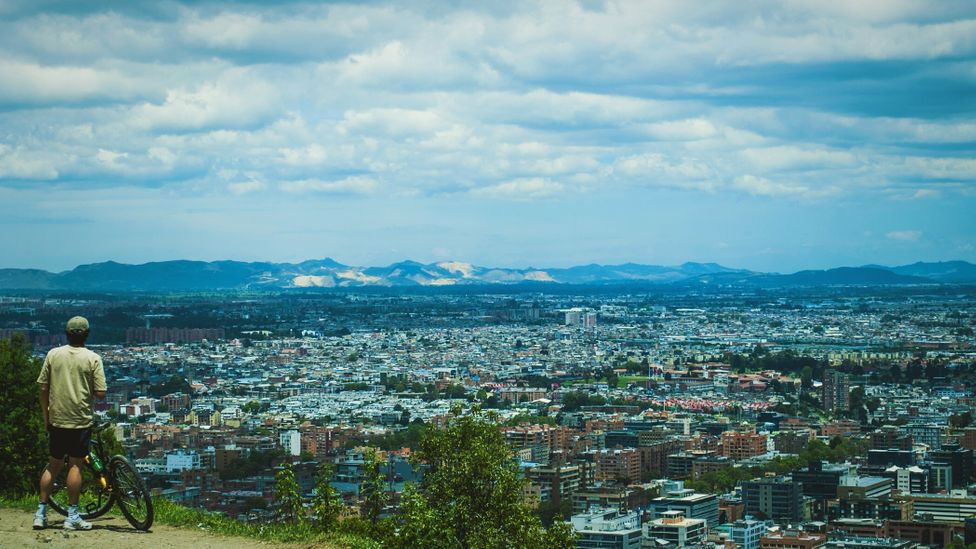 Bogotá was one of the first cities to add “pop-up” cycle lanes during the pandemic (Credit: Pablo Arturo Rojas/Getty Images)

While Bogotá (and Colombia in general) has always had a strong bicycling culture, with cycling as the country’s national sport, the pandemic accelerated many car-free changes. In 2020, Mayor Claudia Lopez designated an additional 84km of temporary bike lanes to the city’s existing 550km Ciclorruta bike path network – already one of the largest in the world – and they have since become permanent.

Bogotá was among the first cities globally to add “pop-up” cycle lanes during the pandemic, and residents have noticed the permanent changes have been for the better. “The city has really started to develop a noticeable Amsterdam and Copenhagen vibe over the last few years,” said Alex Gillard, founder of Nomad Nature Travel blog and who lived in Bogotá on and off during the pandemic. “There are so many bikes on the streets at all hours of the day, it is quite inspiring.”

On Sundays and public holidays, cars are completely banned from certain routes in a programme known as the Ciclovia, attracting more than 1.5 million cyclists, pedestrians and joggers each week.

The city’s new SITP buses, which run on electricity and gas, have also improved the public transportation system significantly, according to locals. “The vibe of Bogotá has changed. It’s much easier, calmer and safer to move around in the city now,” said resident Josephine Remo, who writes an eponymous travel blog.

She recommends travellers check out the historical neighbourhood of La Candelaria where the city was born more than 400 years ago; they’ll find plenty of museums about the city’s rich history, as well as restaurants housed in centuries-old buildings. She also suggests Usaquén Park for its weekend open-air market, where visitors can check out local Colombian food, crafts and music events. 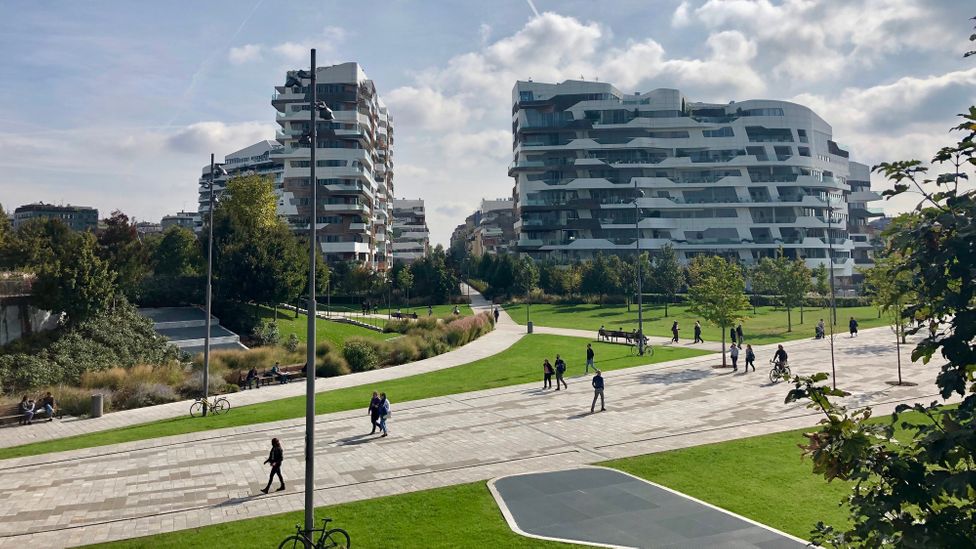 Italy was one of the countries hit hardest initially in the pandemic, and its cities had to adapt quickly to provide alternatives to densely populated public transportation. In summer 2020, Milan embarked on an ambitious plan to widen pavements and expand cycling lanes along 35km of roads previously centred on car traffic. The changes have transformed the city, bringing with it more outdoor dining, open-air markets and urban gardens.

“It’s not the Milan I remember from 10 years ago during my college days,” said resident Luisa Favaretto, founder of living abroad site Strategistico. “I love the concept of the 15-minute city [a plan Milan has also explored] and was drawn by the city’s evolving infrastructure that prioritises people over cars.” She’s seen a growth in what she calls an “old world” sense of community, as there are more reasons to be outdoors and to meet in communal spaces.

The new CityLife district is not only Milan’s largest car-free area but one of the largest car-free zones in Europe. “It is filled with public green spaces along with tons of bike lanes, and offers a glimpse into the future of a sustainable Milan,” said Favaretto. She also recommends strolling the canals of Navigli and enjoying the neighbourhood’s outdoor dining options and nightlife. The north neighbourhood of Isola has been transformed from an industrial district to a walkable and bikeable area full of hip cafes, galleries and boutiques.

Travellers also don’t have to worry about finding a bike to enjoy the cycling lanes. The city’s bike sharing service, BikeMI, has 300 stations across the city and offers both regular and e-bikes. 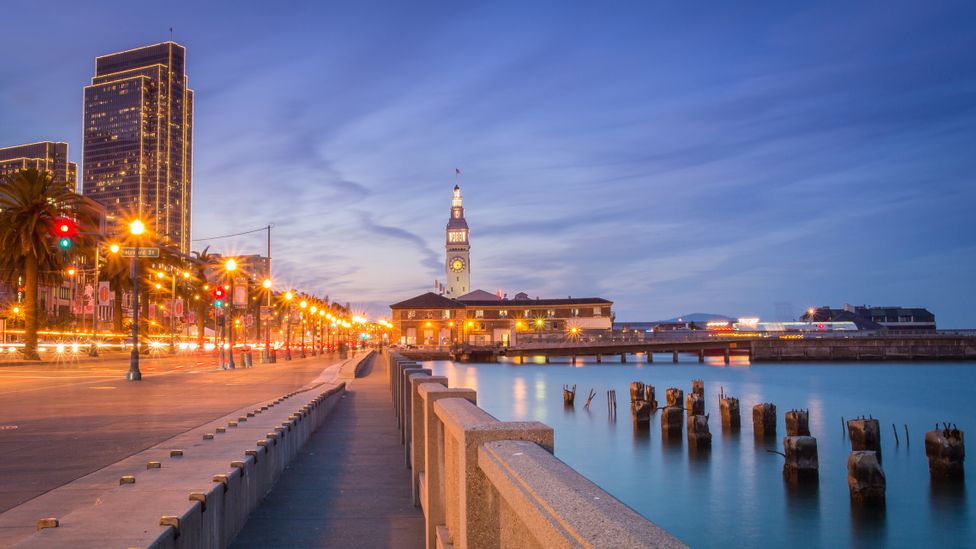 The Embarcadero was originally a freeway until a 1989 earthquake rendered it unusable (Credit: Christopher Chan/Getty Images)

This northern California city moved quickly during the early pandemic to launch Slow Streets – a programme that used signage and barriers to limit car traffic and speeds on 30 corridors in an effort to make them more pedestrian- and cyclist-friendly. According to data collected by the city, the programme saw a 50% reduction in vehicle traffic, a 17% increase in weekday pedestrian traffic and a 65% jump in weekday cyclist traffic.

Though many of the streets have since been returned to pre-pandemic status, residents pushed to make four sections permanent, including those on Golden Gate Avenue, Lake Street, Sanchez Street and Shotwell Street. In September, a vote will be held on the future of the other corridors.

“It is lovely for pedestrians and bikers to be able to share the streets,” said resident Leith Steel on the roads that are still closed. “You see families out walking, kids playing – it is a much different experience.”

She also notes that the city has put money and effort into building better bike routes throughout the city, and they are more clearly marked than previously. She recommends really exploring each neighbourhood in San Francisco, since they each have their own feel and character. She likes the tree-lined Hayes Valley for its upscale and modern vibes; Outer Sunset for its laid-back surfer vibe and 3.5-mile stretch of white sand beach; and North Beach for its lively street cafes (and the 4th most walkable neighbourhood in the city).

Though there’s still much to be done to change San Francisco into a truly pedestrian-friendly city, history shows it can be done. One of the city’s most walkable areas – the Embarcadero along the waterfront – was once a freeway until a 1989 earthquake rendered it unusable for vehicles.