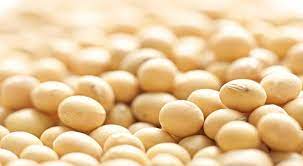 RAWALPINDI: The Rawalpindi Chamber of Commerce and Industry (RCCI)on Monday demanded the government to implement the orders of the Federal Tax Ombudsman and release Soyabean seeds from the port.
President RCCI Saqib Rafique said thousands of tonnes of soybeans worth billions of rupees were in the open at the port.
He said that if the government would not clear the soybean, the country may face scarcity of chicken, meat and food.
Saqib added that due to the lack of timely clearance, there was a fear that around 30,000 poultry farms would be shut down while more than 300 feed mills would be directly affected, and the investment of about 1200 billion would be halted in this sector.
He said that the poultry industry accounts for 50 per cent of the meat demand in the country, and more than 1.5 million people were employed in this industry.
Non-availability of soybean meal across the country has started to have an impact, increasing the price of chicken and making it unaffordable for the common man.
Saqib informed that Soybean seed was the main ingredient of any feed; without it, the production of feed was impossible.
He demanded that authorities realize the seriousness of the issue and immediately release the soybean seed from the port to avoid food security in the country. (APP)