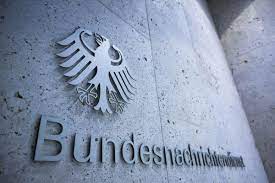 The man, a German citizen who was identified only as Carsten L. in line with German privacy rules, was arrested in Berlin on Wednesday, federal prosecutors said in a statement.

The apartment and workplace of the employee of the Federal Intelligence Service, or BND, and of another person were searched, prosecutors said. Prosecutors gave no details on the second person.

They said the BND employee passed this year “information that he had acquired in his professional activity” to a Russian intelligence service, which they didn’t identify. They added that the information was a “state secret” as defined by Germany’s criminal code, but did not elaborate.

The suspect was brought Thursday before a judge, who ordered him held in custody pending a possible indictment, prosecutors said. The investigation was being conducted “in close cooperation” with the BND, they said.

The head of the BND, Bruno Kahl, said the intelligence service brought in prosecutors immediately after internal investigations substantiated information about a possible case of treason. He said there were searches at two BND properties.

Kahl said in an emailed statement that the intelligence service would not say more until further notice because “caution and discretion are very important in this special case.”

He pointed to the alleged “unscrupulousness and propensity to violence” of Russia and added that “every detail of this event that becomes public means an advantage for this adversary in its intention to damage Germany.”

In a previous case involving a suspected double agent at the agency, a former BND employee in 2016 was convicted of violating Germany’s official secrets law and sentenced to eight years in prison for providing classified information largely to the CIA.

Germany is among the countries that have given financial and military support to Ukraine as it faces Russia’s invasion.