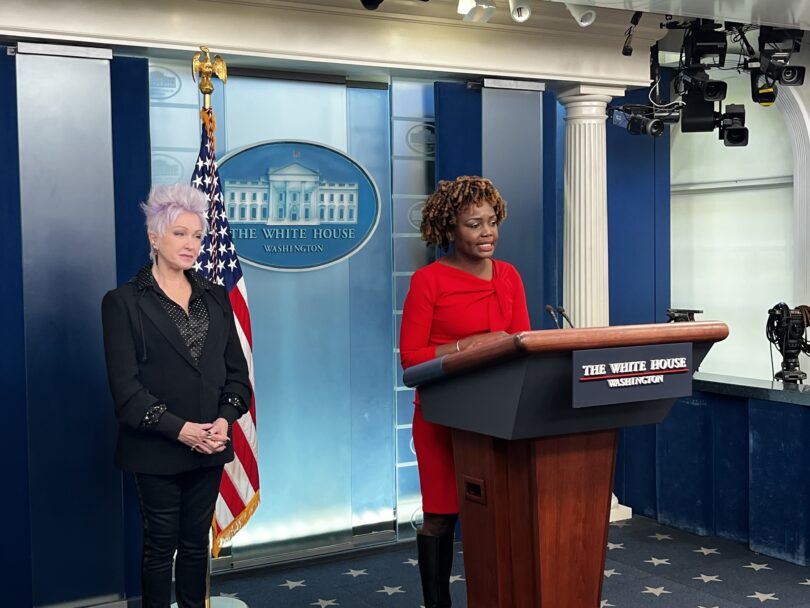 Washington DC: White House Press Secretary, Karine Pierre said that the US administration was glad to see the deescalation between China and India, which had earlier left several soldiers injured on both sides.
Karine said that the administration was very concerned and was closely monitoring the situation. She hoped that both the could peaceful settle their border disputes.
Regarding the passage of Respect For Marriage Act today, Karine said that it was personally big day for her today. Singer Cyndi Lauper who is performing at the South Lawn today also appeared at press briefing along Karine Pierre today. Cyndi said that she was thankful to the President, the Vice President and the Speaker for signing the Respect For Marriage Act. Cyndi further said that “we can now love who we love.”