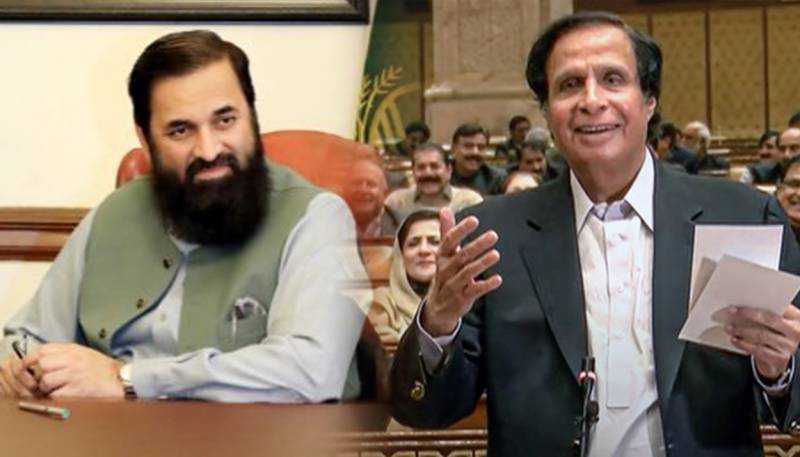 LAHORE (Agencies): The Lahore High Court (LHC) has been informed that Punjab Governor Balighur Rehman has taken back his order to de-notify Pervaiz Elahi as the chief minister after he managed to secure the confidence of 186 members in the Punjab Assembly.
A five-member bench comprising Justice Abid Aziz Shaikh, Justice Chaudhry Muhammad Iqbal, Justice Tariq Saleem Sheikh, Justice Asim Hafeez and Justice Muzamil Akhtar Shabir heard the case. During hearing, Elahi’s lawyer Barrister Ali Zafar informed the bench that his client had taken the vote of confidence from the Punjab Assembly.
The Punjab governor’s counsel also confirmed to the bench that the chief minister had taken the vote of confidence. At this, Justice Abid inquired whether the Punjab governor was satisfied with the vote of confidence? The governor’s lawyer urged the bench to make the assembly proceedings part of the court’s record.
At this, Justice Asim Hafeez also inquired what the situation would be if the governor issued another notification. “Governor’s notification was not legal,” insisted Zafar. To that, Justice Abid remarked that the issue regarding the vote of confidence had been settled. “The floor test has been completed […] does this means that the matter has been resolved now,” Justice Shaikh inquired.
At one point during the hearing, Justice Shaikh inquired how many days would be ideal to carry out a no-confidence vote. To this, Elahi’s lawyer said that the governor should provide an ideal period of 14 days or seven-day notice at the least. At that, Justice Hafeez observed that a session could be called on a holiday as well.
At that, Justice Shaikh maintained that the court only had to see whether the time given by the governor to hold a confidence vote was correct or not. Subsequently, the hearing was adjourned for a break. Once the hearing resumed, the Punjab governor’s lawyer informed the LHC bench that his client has confirmed the CM Elahi’s vote of confidence and withdrawn his de-notification order.
“Governor has taken back the de-notification order,” the lawyer told LHC bench. “The issue has been resolved in the assembly which is a good thing. Everything has happened according to the law and constitution,” remarked Justice Abid after hearing the governor’s lawyer. Meanwhile, Justice Hafeez remarked that he would be giving an additional note in the verdict. The bench then disposed of CM Elahi’s petition.