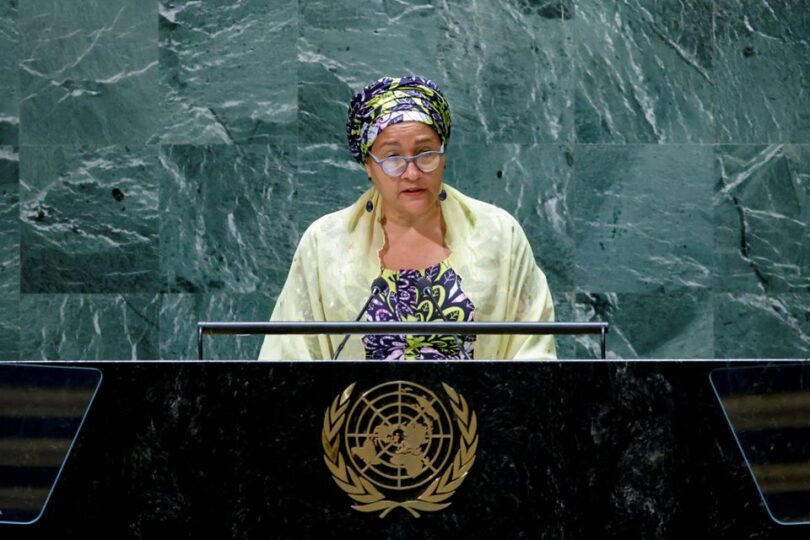 Deputy UN Chief urged the countries to urgently consider Haiti’s request for an international specialized armed force to help restore security in the Caribbean state and alleviate a humanitarian crisis. The Deputy UN Chief told the Security Council that it is time to step up and turn the current crisis into an opportunity for Haiti to bounce back stronger.

The Republic of Haiti is currently battling a persistent socioeconomic and political crisis that has been marked by the rising energy crisis, gang violence, violent protest, civil unrest, scarcity of fuel and clean drinking water along with outbreaks of deadly cholera and famine in most parts of the country. Haiti has multiple issues however political uncertainty and gang violence are the core problems that totally trembled the Caribbean democracy.

Although the North American nation had been facing continued political tumult since 2018, however, the newest upsurge in violence had been witnessed after the de facto Haitian Prime Minister announced a sharp cut in energy subsidies provided by the government which enraged the Haiti public and a coalition of armed gangs commonly known as G9 Family took control of an important fuel terminal in the capital. After Haitian security Forces failed to liberate the crucial energy hub from armed gangs, the Haitian government requested the international community to deploy Specialized Military Troops to repel armed gangs and restore peace in the violence-hit nation.

Haitian gangs have expanded their territory since the 2021 assassination of President Jovenel Moise. The resulting violence has left much of the country off-limits to the government and led to routine gun battles with police. The crooks alliance shattered the country’s peace and created a humanitarian crisis by choking energy supplies that resulted in an outright halt in industrial production, economic activity, and public mobility.

Shambled by foreign interventions, political unrest, and natural disasters, the former French colony had long suffered from underdevelopment, violence, and corruption. The recurrent natural and manmade events had transformed one of the wealthiest colonies in the Americas into the poorest nation in the entire western hemisphere. Presently, Haiti’s economy is heavily dependent on foreign loans and more than half of the population is living below the poverty line. The country is grappling with security and economic crises and is in dire need of support from the global community but so far no one including the UN has taken any practical step to assist the violence-ridden nation. The UN is urging the member nations for international security support, including a non-UN multinational force, as requested by the Haitian government but global powers need some assurances before sending their troops to Haiti so later, they can maneuver their interests unhinderedly.

According to a recent study, Haiti possessees one of the greatest oil and gas reserves in the world that could be greater than Venezuela, while it has tremendous untapped gold deposits worth trillions of dollars but recurrent incidents and unending politiccal unrest impoverished the Caribbean nation thorughout in the history. Earlier, French occupied Haiti for decades than America stayed as self invited guest in Port-au-prince for years and gifted political unrest and gang violence to resource rich Caribbean state. Surprisingly, violence-hit Haiti became a most urgent topic at the UN amid growing global energy crisis and war in Ukraine. Apparently, the ongoing developments in Caribbean nation would have far reaching effects on the global politics, however, the future events will expose the agenda of global influential.