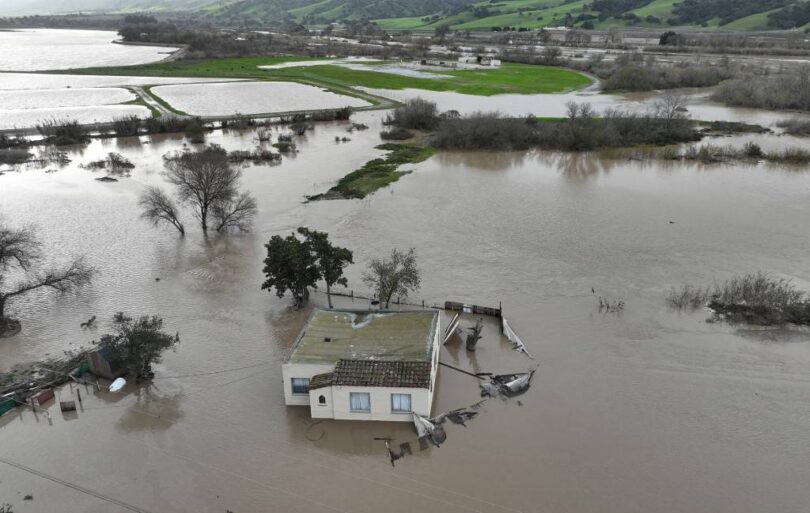 Heavy rains in California have led to more than a dozen deaths and widespread destruction, but they are also offering at least a temporary reprieve from the historic drought that has plagued the state.

Over the past couple of weeks, California has seen torrential rain, as well as snow, sparking power outages and putting thousands under either evacuation or shelter-in-place orders. The extent to which the series of storms will make a long-term difference in the state’s drought, however, is more of an open question.

“It’s definitely too early to say that we’re out of the drought, so to speak,” said Andrew Ayres, research fellow at the Public Policy Institute of California’s Water Policy Center. But, he added, it has been a “really good start” for the year in terms of precipitation and snowpack.

The wet weather is expected to continue for at least a few more days. Overall, at least 19 people had died as of Friday, and as many as 400,000 had been without power at some point during the downpour.

On Friday, the U.S. Drought Monitor said that just 0.32 percent of California was under “extreme drought,” down from 27 percent of the state last week and 41 percent last month.

“We have seen improvement in drought conditions,” said Andrea Bair, a meteorologist with the National Weather Service. “We’ve increased our soil moisture and built those mountain snowpacks up even further to above-normal conditions.”

But, Bair said, “we do have a long-term term drought that has persisted in much of the West for years.”

“The reservoir deficits are huge, very deep soil moisture deficits, significant groundwater depletion,” she added. “Those kinds of things take longer to overcome and to completely recover from.”

For years, much of the Western United States, including California, has been undergoing a significant drought, which has been worsened by climate change. The drought has taken a toll on farming, public health and even power sources in the region.

The state’s ongoing drought has caused changes in crops, forcing farmers to swap out almost all trees in favor of foods that are less water-intensive. It has also contributed to wildfires and reduced populations of fish species.

Ayres noted that more water could enable irrigation deliveries for agriculture and looser restrictions on lawn watering. If the water issues were alleviated in the long term, it could also mean less spending on water expansion projects or acquisition, which could ultimately lower water bills.

Bair said there will be a clearer picture of the longer-term impacts of the precipitation in April, after the impacts to snowpack are fully measured.

Felicia Marcus, former chair of California’s Water Resources Control Board, said that snow is even more important than rain to alleviate drought as it will melt over time, saving additional moisture for later.

“Snowpack is the brass ring … because the beauty of snowpack is that you get moisture, but you get it with a timing benefit,” said Marcus, who is now a visiting fellow at Stanford University.

“As you start using your reservoirs it melts out in the spring in the summer and refills the reservoirs, replenishes streams and can meter itself out at a timing level that can help replenish groundwater most efficiently,” she added.

Marcus said that in terms of drought broadly, the state so far is off to a great start for the year, but it remains to be seen whether it will continue to play out.

How much rain the state gets is also only part of the picture; how it’s managed is also important.

Ayres said it’s particularly important to ensure that excess water that may appear right now gets into storage — that is, putting surface water into underground basins.

He said that hurdles to such efforts can include getting regulatory permits to take waters off of flooding rivers and putting it into the ground or reaching complicated deals between water systems and agricultural irrigation districts.

“Getting all of the infrastructure and institutions set up to be able to capture this water is really important,” Ayres said, emphasizing this will be even more true going forward as climate change exacerbates extreme weather.