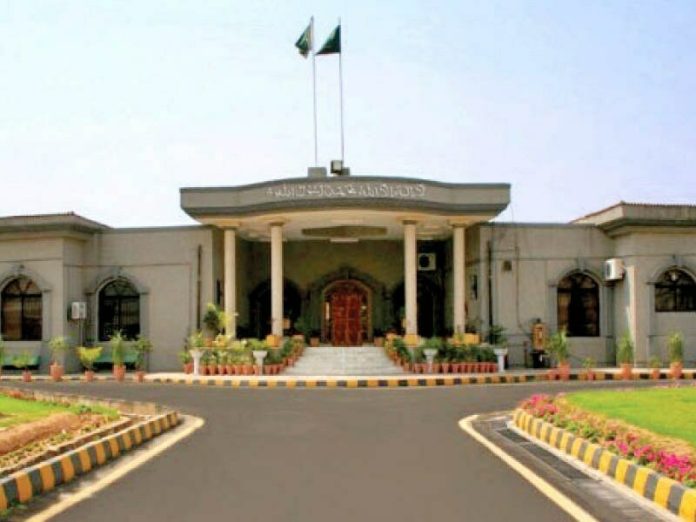 ISLAMABAD (APP): The Islamabad High Court (IHC) on Wednesday disposed of an appeal of the Pakistan Tehreek-eInsaf (PTI) against the ECP’s decision of postponing the local government elections in the Federal Capital.
The bench comprising Justice Mohsin Akhter Kayani and Justice Arbab Muhammad Tahir, which heard the plea of PTI leader Ali Nawaz Awan, also directed the Federal Government and the Election Commission of Pakistan (ECP) to announce election schedule at appropriate time after completing the preparations. At the outset of hearing, the ECP’s lawyer said the LG elections had been postponed due to notification of new union councils.
Justice Kayani observed that previously the PTI government was not willing to conduct elections and now the current one was doing the same.
He noted that the population of Islamabad had been mentioned as 205 million in the notification. The additional attorney general said that it was a clerical mistake.
Justice Kayani remarked that the funds of local bodies were being used by the administrator for the last two years. Why not the court should suspend the powers of administrator as the Capital city was being ruined in the absence of elected LG bodies, he added. Justice Arbab asked who would pay the expenditure incurred on the electoral process so far. The ECP had told that till date Rs 600 million had been spent on the process, which would be paid by the tax payers, he noted.
The court observed that the ECP had submitted an affidavit to the Supreme Court. Justice Kayani remarked that it seemed that election would not take place for one year. The IHC had given a verdict that the LG funds could not be used by the Capital Development Authority (CDA). The additional attorney general said the elections would take place very soon.
Justice Kayani remarked that legislation was the responsibility of Parliament. He asked whether the Federal Government could increase the number of UCs after the announcement of election schedule. The Federal Government had not approached the ECP in that regard, he said. Whether the candidates who had been elected as unopposed would also be de-notified, he added.
The AAG said an amendment had been approved by the Parliament with regard to the local government law and the signature of the president was awaited. Now the mayor and the deputy mayors would be elected directly, he added.
He said every citizen would have right for vote if the number of union councils would be 125.
The court remarked that LG system was for the citizens and not for the parliamentarians. The LG body funds would be given to the assembly members in the absence of LG representatives, it added.
The court said the LG system would collapse if it would not be given funds. The petitioner’s lawyer said that the government had increased the number of UCs just six months ago.
The court asked whether it could give a direction for the ECP to hold elections in such situation. The lawyer said the court could ask the ECP in that regard as they had challenged its decision to postpone the elections. The court observed that the appeal was already ineffective and subsequently disposed of the case.