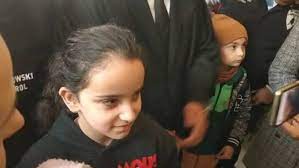 ISLAMABAD: The Islamabad High Court (IHC) on Wednesday ordered to hand over two children to their Polish mothers in a petition with regarding to the kids’ custody. The court also issued instructions to remove the names of kids from the exit control list (ECL). Justice Mohsin Akhter Kayani heard the case filed by the two women nationals of Poland. The officials of Poland Embassy, petitioner women and two children appeared before the court.

The counsel for the petitioners prayed the court to hear the children inside the chamber. He said that the father of kids brought them here to spend vacations but he didn’t get back to Poland. The father had illegally detained the kids for fourteen months and deprived the children from mothers. He said that the family court of Pakistan couldn’t decide the kids’ custody dispute. The lawyer also gave the reference of top court’s verdict in similar cases in which children were handed over to the mothers. He prayed the court to grant the custody of kids to his clients.

The lawyer said that one of his client woman had embraced Islam in 2005 before her marriage. However, the other woman told the court that she had not married the said Pakistani citizen and she had not embraced Islam. She said that the children were studying at a Poland school. The court was told that the children were also going to school in Rawalpindi. Muhammad Saleem, the father, adopted the stance that the court could take the opinion of children who were more than seven years old.
On the occasion, Justice Kayani interviewed the children inside his chamber. (APP)