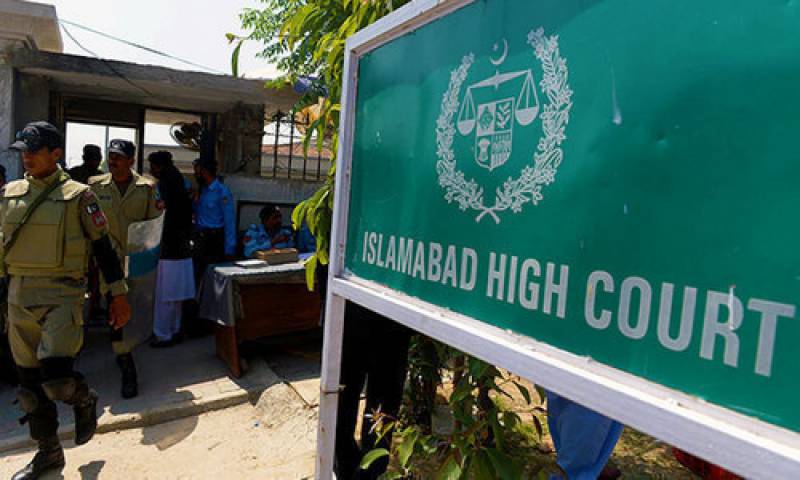 ISLAMABAD (APP): The Islamabad High Court (IHC) on Friday terminated the decision of the Election Commission of Pakistan (ECP) to postpone the local body elections in the federal capital and directed the institution to conduct polls on December 31, as per its schedule.
Justice Arbab Muhammad Tahir announced the verdict on the petitions moved by Pakistan Tehreek e Insaf (PTI) and Jamat e Islami against the decision of ECP for postponing the polls.
At the outset of the hearing, the ECP submitted its written comments which stated that the institution was serious to render its constitutional responsibility. It had issued a schedule for timely elections but the order was suspended by the IHC. The ECP said that the changes in the laws by the provincial and federal governments used to create hurdles in timely elections.
It said that section (1)219 of the local government act empowered the ECP to conduct polls in provinces and center within 120 days.
The ECP said that there was a recommendation for amendments in Article A140 of the constitution and section 219 of the local government act. The purpose of the amendments was to stop the electoral process on its schedule.
It stated that the institution had consulted with the law minister through the attorney general of Pakistan and insisted to complete the process in 120 days. However, the law minister later agreed on this timeline. The ECP was told that the interior minister couldn’t take decisions solely and there was a need to consult with the federal government, it added, and prayed the court to dismiss the petitions.
The ECP told the bench that so far an amount worth Rs552,97694 had been spent on the elections’ process while a total fund worth Rs15,72,48694 had been allocated for this. The payments were made against the printing of ballot papers, election material, stationery, and fuel charges. The petitioner’s lawyer argued that the ECP had tried to shift its burden on IHC, adding that the court had never directed to postpone the elections. The ECP’s stance was based on proposed legislation, he added. Justice Arbab remarked that if the election schedule was not challenged before any court then it was still in course. Whether the ECP could conduct elections if the court admitted the petitions, he asked.
The court also expressed annoyance over not submission of comments by the federation into the matter. It said that it had fixed the case for this day with the consent of the respondents. Justice Arbab asked what was the reason for increasing the number of union councils just 12 days before the elections. The ECP had given assurance to the court for timely elections, he noted. The AAG said that the UCs’ number increased due to the rise in population after 2017. He said that the new legislation had also changed the method of election of mayor and deputy mayors.
Advocate General Jahangir Jadoon, on the occasion, said that the petitioner PTI Lawmaker Ali Nawaz was not ready to play his constitutional role in the Parliament at the time of legislation.
DG ECP adopted the stance that all the preparation was ready except the transportation of the equipment. He said that the election could be conducted within seven to ten days in the previous situation as it needed to book halls and ensure security arrangements etc.
The court noted that these steps could be completed in just two days as the training of the staff and ballot papers printing had already been done.
The court earlier reserved its judgment against the petitions and later terminated the notification of ECP to postpone the LG polls in the capital. The court ordered the ECP to conduct the LG polls as per its schedule on December 31.

ISLAMABAD (NNI): The federal government has decided to challenge the order of the Islamabad High Court (IHC) to hold local body elections in Islamabad on December 31 (today). Munawar Iqbal Duggal, Additional Attorney General, confirming the move said the Election Commission of Pakistan (ECP) is going to file an intra-court appeal against the decision.
The ECP held an emergency meeting after the IHC on Friday directed the ECP to hold local government elections in the capital city on December 31 (tomorrow) and set aside the ECP’s order dated Dec 27 on the postponement of the polls. The verdict was pronounced by IHC Justice Arbab Muhammad Tahir, who was hearing petitions filed by the PTI and the Jamaat-i-Islami against the ECP’s decision.
During the meeting of ECP, it has been decided to file an intra-court appeal against the court’s verdict. The election commission will seek at least a week to conduct the polls stating it requires time for the printing and delivery of ballot papers, the sources said.
ECP officials also held a meeting with Munawar Iqbal Duggal Additional Attorney General over the inability to conduct the polls. Chief Election Commissioner Sikander Raja also reached Islamabad and held a meeting on the situation.
The election commission has expressed its inability in the meeting to conduct the local government elections within a day, the sources said. The deployment of polling and security personnel would become a major challenge for the election commission, it adds.
Sources said more than 14,000 members of the polling staff were teachers and employees of other departments and they were on winter vacation, hence making it difficult for the ECP to conduct the election. The delivery of polling materials to the polling station and setting up polling booths is a huge challenge.
The LG polls in the capital city were scheduled to be held on Dec 31 but the ECP postponed these due to the government’s decision of increasing the number of union councils (UCs) in the city.
Munawar Iqbal Duggal said that the certified copy of the decision has been obtained from IHC and the work of preparing the intra-court appeal is going on.
The government will also request to IHC for hearing the intra-court appeal today.