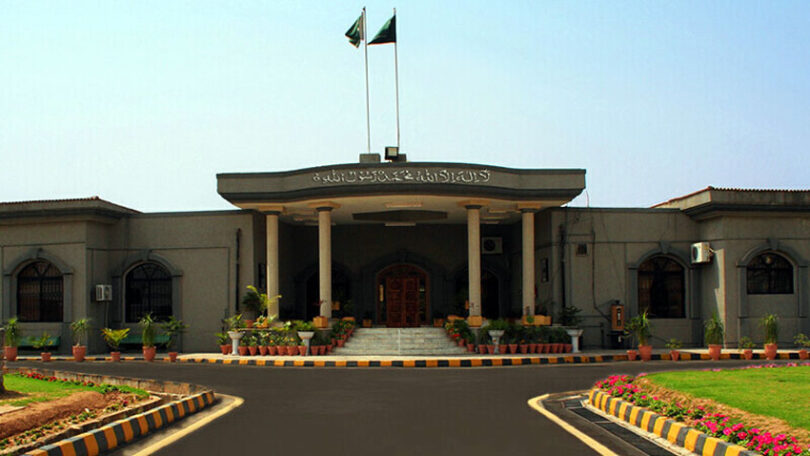 ISLAMABAD (APP): The Islamabad High Court (IHC) on Wednesday suspended the terrorism FIRs proceeding against the secretary of information, MD PTV and others in a petition against their harassment.
The bench also conditioned the registration of an FIR against the petitioners with the court’s permission, and served notices to Pakistan Bar Council, Islamabad Bar Council and Advocate General Islamabad for assistance in the above case.
Justice Tariq Mehmood Jahangiri remarked that it had to be settled once of all if several FIRs could be registered across the country on one TV program or vlog. The bench heard the case against the registration of FIR against Secretary Information & Broadcasting Shahera Shahid, Managing Director PTV Sohail Ali Khan and others for on-airing the press conference of Federal Minister Mian Javed Latif.
The court remarked on what was the fault of MD PTV if a federal minister held a talk on a TV channel.
Justice Jahangiri questioned whether an FIR would also be registered against the president of the bar council if someone held a talk in the bar.
The court observed that these people used to criticize and shout when cases were registered against Azam Swati but what were they doing on their side?
Justice Jahangiri further noted that FIRs were registered under the anti-terrorism act as they were the world’s top terrorists. On the instruction of the bench, the petitioners’ counsel read out the contents of the FIR.Additional Attorney General Munawar Dogal informed the court that the federal government had received the details of FIRs from provinces except for Punjab.
He said that the federation had no control over provincial police after the 18th amendment to the constitution. Expressing annoyance, Justice Tariq Jahangiri asked how it was so; the citizens of the federal capital also had some rights. A new trend of registration of FIRs across the country had been promoted, he remarked. He questioned whether there was any law or procedure in the country. The court ordered to make the complainants to the two FIRs respondents in the petition and suspended actions against the petitioners under the said FIRs.