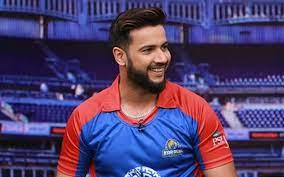 KARACHI: Pakistan’s out-of-favour All-rounder Imad Wasim has returned as the captain of the Karachi Kings for the upcoming edition of the Pakistan Super League.

Karachi Kings announced the decision on its Twitter handle.

“We are excited to announce Imad Wasim as our new captain. He will lead the Kings squad in HPL PSL8,” tweeted Karachi Kings on Wednesday.

The star all-rounder Imad has previously captained Kings in three seasons and led his side to their maiden title win in the 2020 edition of the PSL.

However, last season he was replaced by Babar Azam at the helm when Karachi showed the worst-ever performance in the PSL.

However, after departure of Babar Azam to Peshawar Zalmi, Imad has again been appointed captain of Kings.

The much-awaited players’ draft for the next year’s edition of the PSL will be held in Karachi on December 15.