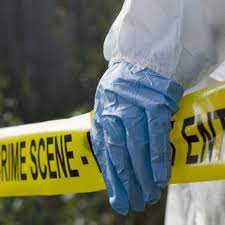 GENEVA: The International Organization for Migration (IOM) is profoundly shocked and alarmed by discovery of the bodies of 27 Ethiopian migrants, found abandoned in Chongwe Ngwerere, Zambia.

This tragedy comes less than two months after the bodies of 30 Ethiopian migrants were discovered in a mass grave in neighbouring Malawi, and two years after 64 Ethiopian men were found dead, asphyxiated, in a sealed shipping container in Mozambique.

Irregular migration along the Southern Route is often facilitated by an intricate network of smugglers and traffickers engaging in aggravated smuggling or trafficking—aggressive attempts to avoid detection by authorities that put migrants’ lives in danger. Aggravated smuggling or trafficking increases migrants’ risks on a route that already includes natural hazards, utilization of unsafe means of transportation, exploitation, and other abuses. Migrants on this route are often subject to detention, violence, and even death. This latest tragedy on the outskirts of the Zambian capital Lusaka, highlights the urgent need to address the challenges of irregular migration including through a a transnational response to smuggling of migrants and trafficking in persons along the ‘Southern Route’, which runs from the Horn of Africa to Southern Africa, and the pursuit by countries in the region of sustainable solutions for migrants, in line with the objectives of the Global Compact for Safe, Orderly and Regular Migration.

According to the Missing Migrants Project, more than 900 Ethiopians have died on migration routes since 2014, including this latest incident. Africa is the second-deadliest region for people on the move, with more than 9,000 deaths during migration documented on the continent since 2014. Regional household surveys indicate that these figures are almost certainly a vast undercount.

Zambia is one of several countries of transit for thousands of migrants from the Horn of Africa  who travel along the Southern Route towards South Africa mainly in search of livelihood opportunities. Irregular migration along the route is facilitated by an intricate network of smugglers and traffickers and is fraught with extreme risk to life.

Migrants are often subjected to arbitrary detention, violence, exploitation, abuse, and as in this latest case demonstrates, death.

IOM offers its condolences to the families of the deceased and calls on the authorities to ensure a dignified recovery, identification and transfer of the remains of the deceased migrants, and appropriately notifying and assisting their families.

IOM also calls on governments along the route to enhance regional cooperation to ensure the safety and protection of migrants, regardless of their status and across all stages of their journeys.

Preventing migrant deaths starts with creating and strengthening possibilities for safe and regular migration in a manner that upholds the right to family life and responds to the needs of migrants in a situation of vulnerability as well as practices for admission and stay based on compassionate, humanitarian or other considerations for migrants compelled to leave their countries of origin.