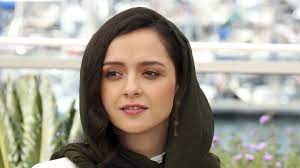 JEDDAH (Arabnews): Celebrities and rights groups have called on the Iranian regime to free actor Taraneh Alidoosti, one of the most prominent figures yet arrested in its three-month crackdown on protests.

Alidoosti, 38, was arrested on Saturday, after issuing a string of social media posts supporting the protest movement and condemning the execution of protesters — and removing her headscarf.

Her arrest has also generated anger on social media, with exiled actor Golshifteh Farahani calling Alidoosti “the brave actress of Iran” and demanding her release.

The unrest was sparked by the Sept. 16 death in custody of Mahsa Amini, who was accused by the morality police of violating Iran’s strict dress code for women.

Alidoosti has considerable international renown, performing in award-winning films by director Asghar Farhadi, including the 2016 film “The Salesman.”

Somayeh Mirshamsi, assistant director on “The Salesman,” said Alidoosti had called her father to say she was being held in Tehran’s notorious Evin Prison, run by the Intelligence Ministry.

Prominent figures from the country’s cinema gathered outside Evin Prison, Iranian daily Shargh reported, including co-stars from “Leila’s Brothers,” a film which Alidoosti went to the Cannes Film Festival earlier this year to promote.

The group included actor Payman Maadi and director Saeed Roustayi, as well as Alidoosti’s father Hamid, who played football for Iran in the 1970s.

The New York-based Center for Human Rights in Iran said women including Alidoosti “are being arrested and jailed in Iran for refusing to wear forced hijabs.”

Also on Sunday, a rights group said a prison inmate had been shot dead and more than a dozen wounded in a riot that erupted when detainees protested an imminent execution.

The unrest, which took place at the central prison in the northern city of Karaj, began on Saturday when prisoners opposed the transfer of an inmate to solitary confinement ahead of execution, the Norway-based group Iran Human Rights said.

Separately, Central Bank Gov. Ali Salehabadi acknowledged that “the events of the past two months” had contributed, along with US sanctions, to a record fall of the Iranian currency, but suggested dollars could be injected into the market to shore up the troubled rial.

Iran’s troubled currency fell to a new low against the US dollar on Saturday as Iranians desperate to find safe havens for their savings tried to buy dollars, other hard currencies or gold.