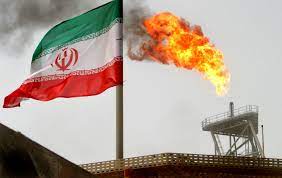 LONDON (Reuters): Iranian oil exports hit new highs in the last two months of 2022 and are making a strong start to 2023 despite U.S. sanctions, according to companies that track the flows, on higher shipments to China and Venezuela.
Tehran’s oil exports have been limited since former U.S. President Donald Trump in 2018 exited a 2015 nuclear accord and reimposed sanctions aimed at curbing oil exports and the associated revenue to Iran’s government. Exports have risen during the term of his successor President Joe Biden, who had sought to revive the nuclear deal, and hit the highest since 2019 on some estimates. This comes despite headwinds such as a stall in those talks and competition from discounted Russian crude.
Energy consultant SVB International said Iran’s crude exports in December averaged 1.137 million barrels per day, up 42,000 bpd from November and the highest 2022 figure SVB has reported based on estimates given earlier.
“In comparison to the Trump administration, there hasn’t been any serious crackdown or action against Iran’s oil exports,” said Sara Vakhshouri of SVB. “January exports were so far strong like previous months.” “Lower Chinese demand and Russia’s supply to China have been a major challenge for them. Most of its oil still goes to the Far East, ultimately China. Iran also helps Venezuela to export its oil.”
Adrienne Watson, a National Security Council spokesperson at the White House, said the administration’s enforcement of the sanctions is robust, and “Iran’s macroeconomic figures clearly bear this out.”
“We have not and will not hesitate to take action against sanctions evaders, together with sanctions against Iran’s missile and drone trade, and human rights violations against the Iranian people,” Watson said. The Treasury Department imposed sanctions late last year on an oil smuggling ring linked to Iran’s Islamic Revolutionary Guards Corps (IRGC).
Consultant Petro-Logistics, which tracks oil supply, said it was also seeing an upward trend in Iranian crude exports which, in its view, in December reached their highest level since March 2019.