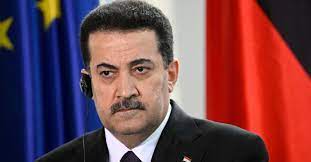 BAGHDAD (AFP): Iraqi Prime Minister Mohammed Shia Al-Sudani defended the open-ended presence of US and other foreign troops in his country, in an interview published Sunday.

“We think that we need the foreign forces,” Sudani told The Wall Street Journal in his first US interview since taking office in October.

US and NATO forces have been training Iraqi soldiers on how to fight the Daesh group.

His comments are significant because the parties that back him and control parliament are aligned with pro-Iranian factions and very hostile to the United States. Iraq also depends on Iran for natural gas and electricity.

The United States has about 2,000 troops stationed in Iraq to train and advise Iraqi forces. NATO has several hundred troops there, also in a non-combat role.

Sudani said Iraq wants to have good relations with both the United States and Iran.

“We strive for that,” he said. “I don’t see this as an impossible matter, to see Iraq have a good relationship with Iran and the US.”

Sudani also faces a populace hit hard by an economic crisis and eager for a better life.

His visit to Tehran in late November was marked by promises of stronger cooperation on economic and security matters.

In the interview published Sunday, Sudani made clear he wants to get along with the United States, which is locked in confrontation with Iran.

He said he would like to send a high-level delegation to Washington soon, perhaps as a prelude to meeting with President Joe Biden.