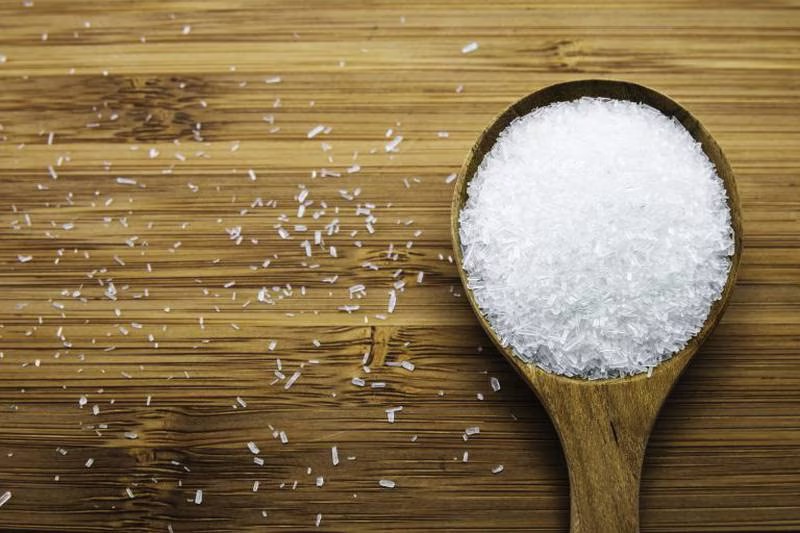 It all started in the 1960s, when a Chinese-American doctor wrote a letter to the New England Journal of Medicine about his unpleasant experience after eating at Chinese restaurants.

Robert Ho Man Kwok, a biomedical researcher, said he felt “numbness at the back of the neck, general weakness, as well as palpitations”. He speculated on a number of reasons, but one that truly resonated was the excessive use of monosodium glutamate in such eateries.

The journal published more anecdotes from people, mostly other doctors, getting sick because of MSG, and it even coined the term “Chinese restaurant syndrome”, which Merriam-Webster officially added to its dictionaries in 1993.

Since Kwok’s accusations, and a deluge of other doctors agreeing with him, MSG has been generally labelled as unhealthy and toxic.

Restaurants, retailers and other food companies even today feel the need to advertise their products as having “no MSG”.

The circumstances that led to this worldwide fear of MSG have since been criticised as racist, as it lacks substantial medical evidence to prove that the Asian additive is indeed harmful.

MSG was first created in 1908 by Japanese scientist Kikunae Ikeda, who was eating a bowl of tofu soup, with broth made with a kind of kelp. He was curious about what gave it a meaty flavour, and so he ran experiments to eventually come up with a crystallised version of the seaweed, which had a taste he described as “umami”, from the Japanese umai (delicious). Umami is now considered as the fifth basic taste.

The molecular formula of the crystals is similar to glutamic acid, an amino acid used to form proteins. It is found as glutamate in humans, as a neurotransmitter. Glutamic acid naturally occurs in high-protein foods, as well as non-meat sources such as tomatoes and Parmesan cheese.

Ikeda, alongside businessman Saburosuke Suzuki II, then founded the Ajinomoto Group the following year, and introduced MSG to the Japanese market. Today, the group has more than 120 factories globally, across a range of products in food and pharmaceuticals, and is the biggest producer of MSG, which is also called Ajinomoto in various parts of the world.

The MSG seasoning became its most famous product. Over the years, the Japanese company has changed the way it produces the flavour enhancer. Now, it is created through the fermentation of plant-based ingredients such as sugar cane, sugar beets, cassava or corn, according to the company’s website.

The company describes MSG as the “purest form of umami”. It is used to intensify and enhance flavours in sauces, broths, soups and other foods.

“Umami and MSG are two sides of the same coin: they both give us the same taste experience, both with glutamate,” the website reads.

“Think of salt and saltiness. Many foods taste salty, but a pinch of salt on your tongue gives you the purest taste of saltiness. When you eat MSG it triggers only one taste sensation — umami.”

The 1960s articles have triggered further investigation into the famous food additive, with researchers eventually proving it is harmless, and that it is not toxic.

A paper by the National Centre for Biotechnology Information in 2019 said that analysis of existing literature about the negative effects of MSG “are poorly informative as they are based on excessive dosing”.

The Food and Drug Administration in the US considers the use of MSG to be “generally recognised as safe”. This was after it asked the Federation of American Societies for Experimental Biology to examine the safety of the food additive during the 1990s.

FASEB’s report concluded that MSG is safe. However, it also identified short-term and generally mild symptoms that may occur in some sensitive individuals who consume three grams or more of MSG without food. The FDA said such consumption is unlikely.

“Although many people identify themselves as sensitive to MSG, in studies with such individuals given MSG or a placebo, scientists have not been able to consistently trigger reactions,” it says on its website.

Many other regulatory bodies around the world have declared MSG as a safe food item, including the United Nations’ Food and Agriculture Organisation, the World Health Organisation and the European Commission’s Scientific Committee on Food.

Because of its mainly Asia-Pacific origins, the use of MSG is not as strong in the Arab world, which relies “ona blend of herbs and fresh vegetables and meat in their cooking, thus the trace of MSG in the diets is very minimal”, Dr Edward Danish, the chief research and development officer of Freshtohome Foods, tells The National.

He also says that although MSG is considered safe, “it is better to be judicious about its use and consumption”.

Roy Koyess, the founder of healthy snack producer Freakin’ Healthy, says it “seems the jury is still out on MSG, so we too are out”.

“We stay clear of additives, artificial flavour enhancers, and junk… stay close to nature for the body and mind to get nurtured.”

The fight against anti-Asian rhetoric

Ajinomoto led a campaign in early 2020 to redefine Chinese restaurant syndrome in the dictionary.

“We felt it was important to highlight the outdated definition of Chinese restaurant syndrome in light of the extensive human research proving MSG is not linked to such symptoms in food,” the company’s senior director of public relations, Tia Rains, told The New York Times at the time.

The leading MSG producer approached US chef and food personality Eddie Huang and television host and stylist Jeannie Mai for the #RedefineCSR campaign to change social perceptions about the product.

Only weeks after the campaign was launched, Merriam-Webster updated their definition of Chinese restaurant syndrome, labelling the term as “dated” and “offensive”.

It even has a note that reads: “Research in the years since has failed to establish a clear link between those adverse reactions and the consumption of MSG, and the term Chinese Restaurant Syndrome has been criticised as misleading and potentially offensive.”

Ajinomoto has since become active in tackling other anti-Asian rhetoric in the restaurant industry. For example, during the peak of the pandemic, it launched #TakeOutHate to combat hateful rhetoric and acts of discrimination against Asian-Americans and their businesses.