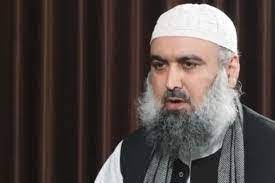 KABUL (TOLOnews): A famous member of the Islamic Emirate, Mutasim Agha Jan, who was working as finance minister during the first rule of the Islamic Emirate, has returned to Afghanistan.
Agha Jan returned with acting Minister of Defense Mawlawi Mohammad Yaqoob Mujahid, who was on an official visit to the UAE.
During the former government, Mutasim Afgha Jan was considered the head of the political committee of the Islamic Emirate. Agha Jan was also engaged in talks between the Islamic Emirate and the former republican government.
“I was a Taliban, I am a Taliban and I will be a Taliban,” he said.
Agha Jan worked as finance minister in the first round of the Islamic Emirate’s rule and was one of the senior members of the Quetta Shura of the Taliban’s leadership until 2010.
Agha Jan has been living in the UAE.
Aha Jan is from Kandahar province and was one of the close figures to the founder of the Islamic Emirate, Mullah Mohammad Omar Mujahid.
“May Allah give us brotherhood and intimacy to give our hands to each other and be supportive of each other instead of being enemies,” Agha Jan said.
“His return will strengthen unity among the Taliban. If he is provided with a professional mission or post, he has good capability and ability,” said Asif Nang, a political analyst.
“He (Agha Jan) has faced disputes and was forced to leave the front. He is still now an influential figure and the Taliban leaders respect him. I believe his return will benefit the Afghans, the Islamic Emirate and the country,” said Hassan Haqyar, a political analyst.