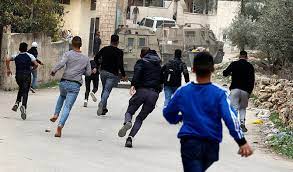 JERUSALEM (Reuters): Legal advisers to Israel’s parliament and outgoing government on Wednesday criticized a bid by a far-right politician to give himself expanded powers as next police minister, warning that his proposed changes clashed with democratic principles.

Itamar Ben-Gvir of the Jewish Power party was promised the National Security Ministry, with authority over police, under a coalition deal with Prime Minister-designate Benjamin Netanyahu.

Though Netanyahu’s hard-right new government has yet to be finalized, Ben-Gvir has already submitted a bill that would amend police regulations.

It would give him, as minister, greater control over the police chief and police investigations.

Ben-Gvir, who placed third in a Nov. 1 election thanks in part to his law-and-order platform, has defended the bill as consolidating a chain of command between government and police.

But center-left lawmakers have warned that the amendments could politicize criminal probes and prosecutions — and noted Ben-Gvir’s record that includes 2007 convictions for incitement against Arabs and support for an outlawed Jewish militant group.

“The draft does not strike an appropriate balance … between the powers of the minister and the professional independence of law enforcement bodies,” Amit Merari, deputy attorney-general, told a parliamentary panel convened to discuss the bill after it passed its first reading on Tuesday.

“Taken together, the proposed directives have the potential to deal real and grave damage to the core principles of democratic rule in the State of Israel,” she said, adding that any amendment should be sought after the government is sworn in.

A parliamentary legal adviser, Miri Frenkel-Shor, said the draft was inconsistent with principles set out by a state commission of inquiry that “police must be totally free in its investigations, with only the authority of the law above it”.

Ben-Gvir has disavowed some of his past conduct.

He says that, in Cabinet, he will serve all of society. But he has also played down violence by Jewish settlers against Palestinians in the occupied West Bank, and wants Israeli security forces to be freer to open fire when faced with Arab unrest.

Seeking to allay domestic and foreign concerns at the far-right rise, Netanyahu — who has already served a record 15 years in top office — says he will ultimately set Israeli policy.

Yet the issue of police independence has also touched a nerve among Netanyahu’s critics given his ongoing corruption trial, in which he denies all wrongdoing and accuses law enforcement authorities of a politicized witch hunt against him.

Addressing the parliamentary panel, Ben-Gvir called his bill “a historical correction that would be requisite for any democratic country.” Sitting beside him, the Israeli police chief, Inspector- General Yaacov Shabtai, was more circumspect.

“We are not opposed to changes, but it is important that such dramatic changes be implemented through deep discussion,” Shabtai said. “The police is not an army. The police interacts with civilians and not, like an army, with a designated enemy.”