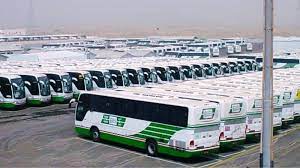 The new service will take pilgrims from Terminal 1 at the airport to the Grand Mosque in Mecca.

Beneficiaries of the service must wear the Ihram clothes and produce the national ID for Saudis or passports in case of foreigners, the airport said.

Saudi Arabia has issued more than 4 million visas for overseas Muslims to perform Umrah or lesser pilgrimage from July last year till end of last December.

Muslims holding different types of entry visas such as personal, visit and tourism visas are allowed to undertake Umrah in the Grand Mosque in Mecca and visit Al Rawda Al Sherifa, where the tomb of the Prophet Mohammad (Peace Be Upon Him) is located at the Prophet’s Mosque in Medina after booking an e-appointment.

Earlier last week, Saudi Arabia announced that Hajj will resume at full capacity in 2023. Approximately 2.5 million people participated in the rituals in 2019, but due to the pandemic, the number of participants significantly reduced in the following two years.