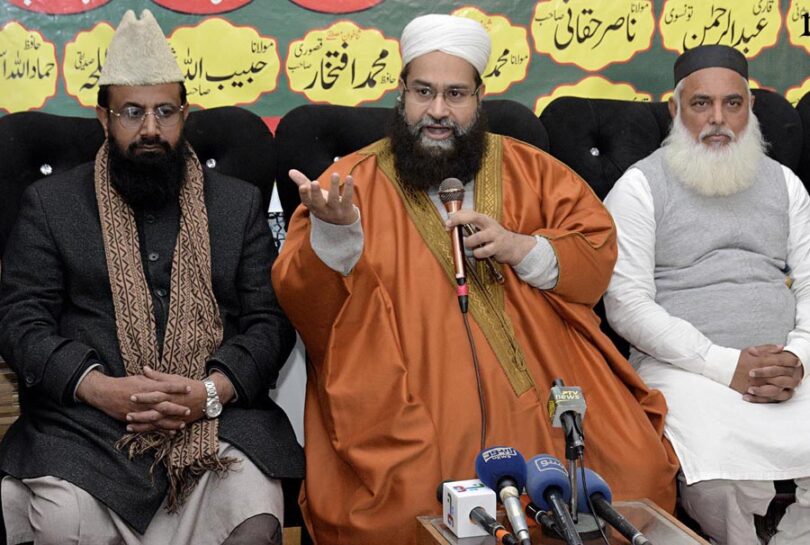 LAHORE (APP): Special Representative to the Prime Minister for Interfaith Harmony and Middle Eastern Affairs Hafiz Muhammad Tahir Mehmood Ashrafi has said that the country was facing economic challenges and collective efforts were needed to steer the country out of current challenging situation.
Talking to the media after attending ‘Hazrat Siddique-e-Akbar (RA) Conference’ at Johat Town, he said that all stakeholders would have to come together and prepare a solid plan of action for betterment of the country.
Ashrafi, who is also chairman of the Pakistan Ulema Council, said that religious leadership should also play its role for development and prosperity of the country. He said the political and religious leaders should end their differences and strengthen the national economy with joint struggle. “We should take constructive steps to bring the country on a par with the developed countries, beyond political and religious affiliation,” he said.
It was easy to talk about the state of Madina but it was difficult to constitute a state on its pattern, he said and added that the nation should be educated about the system of ‘Khilafat-e-Rashidah’ and the measures taken for welfare of common people in that era.
He said the Pakistan Ulema Council had decided that the virtues of Syedna Siddique-e-Akbar (RA) and the system of Khilafat-e-Rashidah and the state of Madina would be described in the Friday sermons across the country. He said that teachings of Syedna Siddique-e-Akbar (RA) should be promoted among the youth as it was a light for all Muslims.